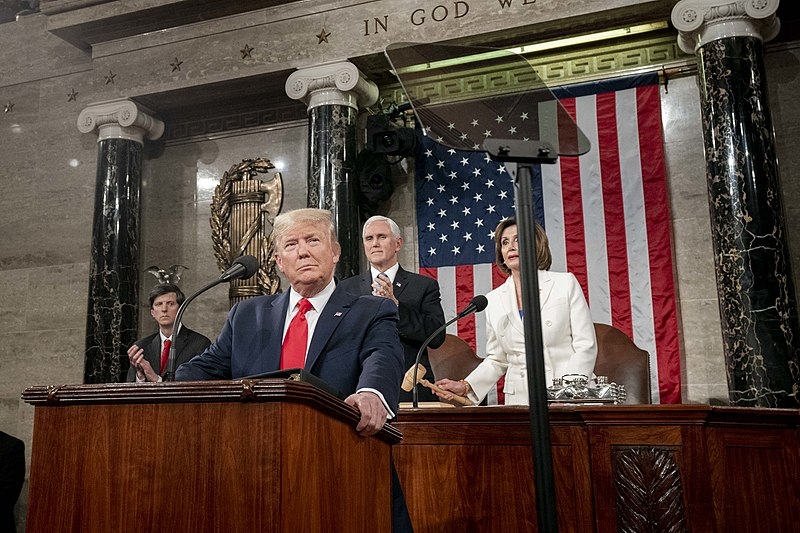 During now-former President Donald Trump’s State of the Union speech in 2020, House Speaker Nancy Pelosi’s ripping up of Trump’s speech was one of the memorable moments. According to the author of “Madam Speaker: Nancy Pelosi and the Lessons of Power,” Pelosi actually felt “liberated.”

In the upcoming book by USA Today journalist Susan Page, Pelosi’s tearing of Trump’s State of the Union address was “liberating” for the House Speaker. Page went on to reveal that the move was actually unplanned as Pelosi could not find a pen. The House Speaker’s tearing of the speech was another indication of the bitter relationship she had with the now-former president.

“She felt ‘liberated’... He was shredding the truth, she said, so she would shred his speech,” wrote Page. At the time of the speech, the House impeached Trump for what would ultimately be the first of two impeachments. Trump was impeached again in January following his incitement of the January 6 riots at the Capitol.

Page wrote that Pelosi received a copy of Trump’s upcoming speech in February 2020, which traditionally occurs, and the House Speaker began to scan through Trump’s remarks at the time. When Pelosi found a line in Trump’s address that she knew was a lie, she would mark the place in the text. However, where Pelosi was sitting in the House chamber, she could not find a pen.

“So she made a tiny tear in the margin of the paper so that she could find this untruth. Then she found another thing she thought was untrue, and another, and another. She said by the time he was through speaking, the whole speech had little tears along the margins of things he had said that she thought were false. That’s when she decided, ‘I might as well tear this up,’” Page told CNN.

Previously, not long after Pelosi invited Joe Biden to make his first address to Congress that will take place next week, House Republicans have urged Pelosi to reschedule. In a letter to the House Speaker, a group of House Republicans urged Pelosi to reschedule the address at a time when the House is in session. They added that instead of select members of Congress being present, everyone should be in attendance.