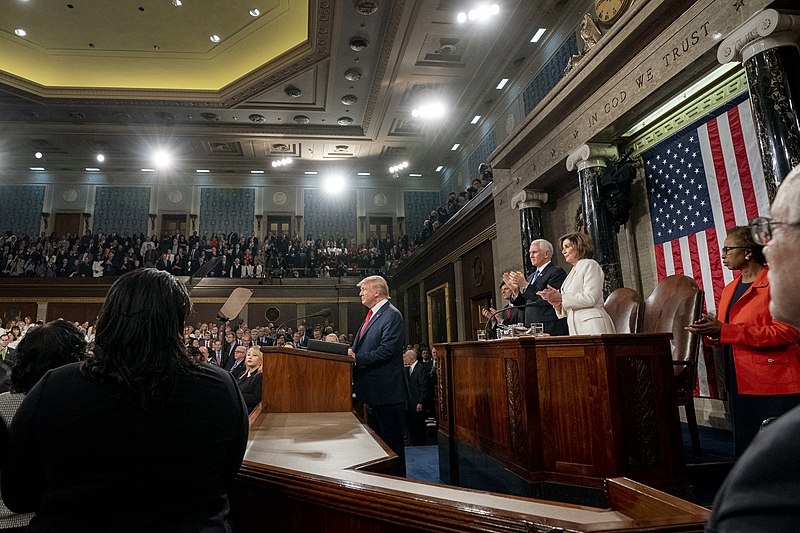 House Speaker Nancy Pelosi previously extended an invitation to President Joe Biden to speak in front of a joint session of Congress for the first time since taking office. However, as the session would take place next week, a group of House Republicans is asking Pelosi to reschedule the address.

House Republicans urged Pelosi Monday to reschedule Biden’s first address to Congress to a time when the House is in session. GOP Congressmembers Louie Gohmert, Lauren Boebert, Claudia Tenney, Tom McClintock, Randy Weber, Russ Fulcher, Dan Bishop, Madison Cawthorn, Van Taylor, and Greg Stauble wrote a letter to the House Speaker requesting to reschedule. They also called on Pelosi to have all members of Congress be present instead of a limited number due to COVID-19 restrictions.

“Scheduling this address for a day when the House is not in session and prohibiting members of Congress from attending would be unprecedented and undermine the very spirit of our representative, constitutional, Republic,” they wrote.

The address would take place on Wednesday, April 28, and it is likely that a limited number of lawmakers would be invited to attend to adhere to COVID-19 protocols. The address also comes ahead of Biden’s first 100 days in office. The House is set to do committee work next week while the Senate is in session from Monday to Thursday.

House Majority Leader Steny Hoyer told the press last week that the House would stay doing committee work next week as “relatively few” members would be present for the address. Hoyer added that a few Supreme Court justices, members of Biden’s cabinet, and members of the Ambassador Corps would be invited to be present.

Following the recent conviction of Derek Chauvin, the white police officer responsible for the murder of George Floyd, Pelosi clarified her response to the verdicts on social media. Chauvin was guilty on all charges of second and third-degree murder as well as second-degree manslaughter.

“George Floyd should be alive today,” tweeted the House Speaker, quote-tweeting her previous remarks. “His family’s calls for justice for his murder were heard around the world. He did not die in vain. We must make sure other families don’t suffer the same racism, violence, and pain, and we must enact the George Floyd #JusticeInPolicing Act.”