Nancy Pelosi Capitol riots: The less-offensive version of sexist slur was said by rioter, according to attorneys 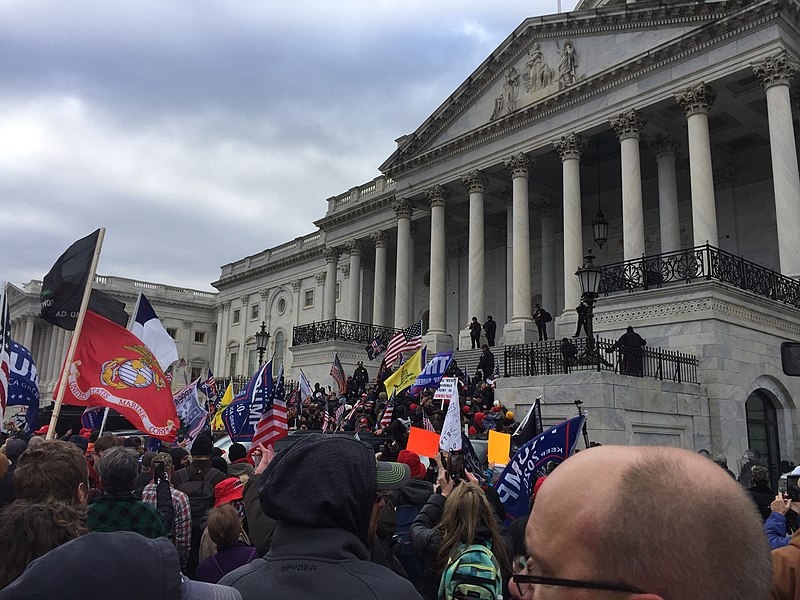 Following the Capitol riots last January 6, law enforcement authorities have already identified and arrested hundreds of the rioters, a number of which are set to face trial. One rioter, known for having sat on House Speaker Nancy Pelosi’s desk, attempted to walk back his comment on Pelosi, saying that he used the less offensive version of the slur he called her.

The attorneys for rioter Richard “Bigo” Barnett, according to filings made last week by Joseph McBride, argued that Barnett used “biatch” instead of “bitch” to refer to Pelosi when he sat down at her desk. Barnett left a post-it note that said “Hey Nancy, Bigo was here biatd.” McBride since argued that Barnett called Pelosi a “biatch,” which is defined as slang and as a less-offensive term.

McBride went on to say that the government is deliberately ignoring the difference between the two words as an attempt to frame his client “in the worst possible light,” to deny his appeal to be released on bail. A previous hearing ruled that Barnett should remain detained. Barnett has also previously shown outbursts in his previous hearings, saying in one hearing that there were other rioters who did worse during the insurrection.

The Capitol is still feeling the aftermath of the insurrection, where a pro-Trump mob tried to stop Congress’ formal voting to certify Joe Biden’s election victory. Five people were killed in the violence, and over 100 Capitol Police officers were severely injured from the rioters. Pelosi was also among the targets of the mob who were planning on killing her along with other Democratic leadership and even then-vice president Mike Pence.

Since then, Pelosi has proposed establishing a commission similar to the group that was assembled during 9/11 to investigate the riots. Talks of the commission had been stalled for a while as House Republicans expressed concerns regarding the makeup of members in the commission. Pelosi’s initial proposal involved the commission having more Democratic members than Republican members.

Last week, Pelosi had reportedly made changes to the proposal, that would see an even number of members from both political parties.