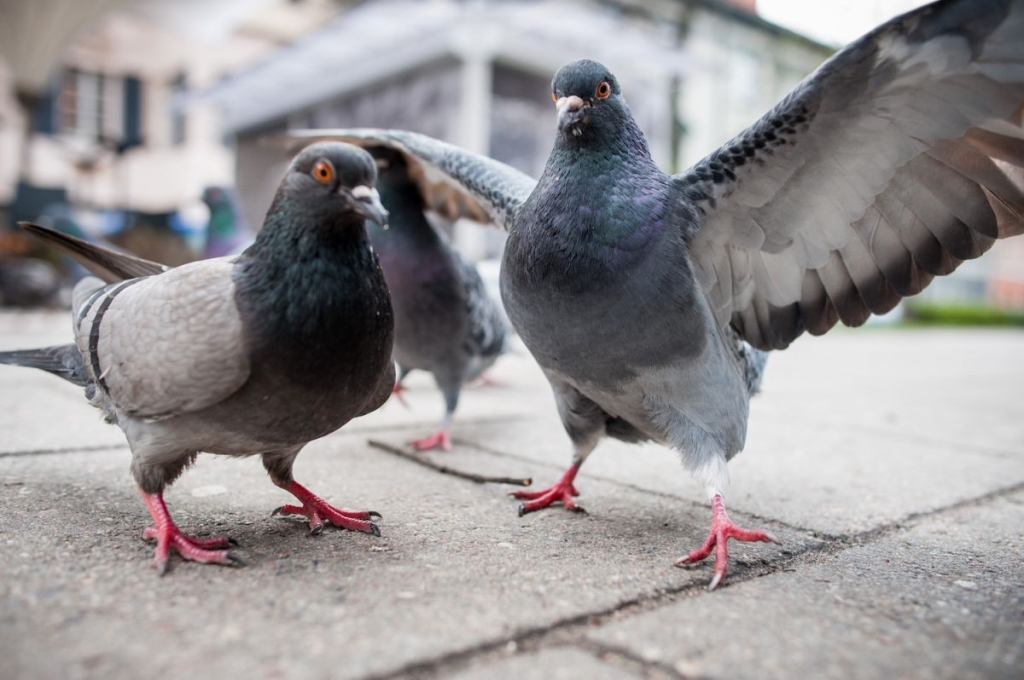 With many natural enemies, pigeons huddle together to reduce the danger of falling prey to a predator.

Pigeons consider safety and food availability in picking where to perch, according to Keio University professor emeritus of animal behavior, Shigeru Watanabe.

With many natural enemies, pigeons huddle together to reduce the danger of falling prey to a predator.

Another key consideration is whether food is available.

This explains why 30 or so pigeons perch on a car rooftop parked in central Tokyo in November, rather than an adjacent small park.

According to Watanabe, pigeons have figured out that they risk being attacked by crows if they perch on a utility cable. And if they rest on the ground, they automatically become the target of cats.

He added that pigeons are aware that they will be less likely to be attacked if humans are around.

According to Watanabe, the birds also have a flock mentality in that they follow whatever their leader does.

In this particular park, some people ignore the rule that feeding pigeons are prohibited.

Watanabe analyzed that the pigeons may be waiting for people to feed them while they perched in a place where the risk of being attacked is low.

He added that the pigeons are able to recognize individual human faces.