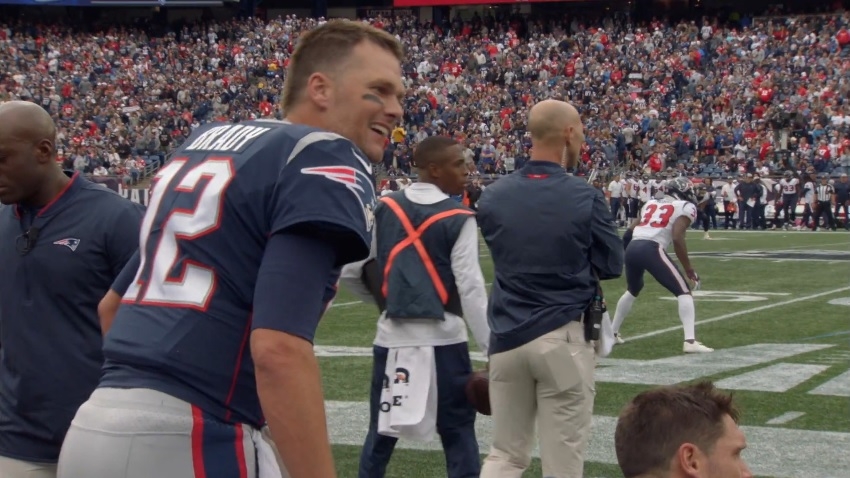 Since the New England Patriots ended their run in the NFL season 2019, reports about the team have mostly been centered about its future that could be without its franchise quarterback Tom Brady. While the rumor mill has non-stop claims about Brady’s next moves, nothing definitive has come yet to suggest if he would really leave New England this year.

However, there is a certain development that sports fans and reporters have taken an interest in. Brady announced his filmmaking venture by establishing his production company, and some think it could offer a hint at where he is going next.

NFL rumors: Where is Tom Brady headed next?

Deadline reported Monday that Brady is launching the 199 Productions described in the report as a multi-platform content company with a global reach. The NFL star’s production company will be producing feature films, documentaries, and TV shows.

Brady confirmed the report by sharing it on Instagram and revealing that the production company’s name is an homage to his professional football career. The QB was the 199th draft pick in 2000. “When I was the 199th draft pick in 2000, I knew I needed to work hard every day to prove myself,” Brady wrote. “Launching a production company is no different.”

It also appears that Brady is aware of the overwhelming interest in his decision in the upcoming NFL free agency. The veteran QB closed his Instagram post saying, “Stay tuned.. exciting times are ahead, both on and off the field.”

The first project of 199 Productions is also something close to Brady and something he knows well. It is described as a “3D adventure documentary” titled “Unseen Football,” where Brady will be collaborating with MCU directors Joe and Anthony Russo.

Fans commenting on Brady’s announcement are also aware of what this new venture could mean. Noting that Hollywood and the filmmaking industry is largely based in California, where Brady was also born, it only intensified rumors that he could eventually sign with the Los Angeles Chargers. The team has been one of the franchises reported to woo Brady in the free agency.

When does the NFL free agency open this year?

NFL teams can start making contact on Monday, March 16, to agents of players with contracts set to expire on March 18, 4 p.m. New York time. At the same time, on March 18, the free agency period and NFL season 2020 officially begins.