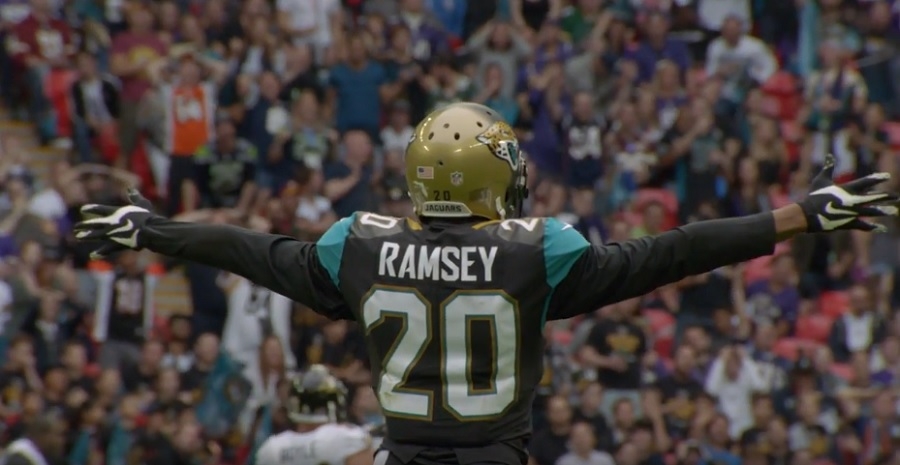 Jacksonville Jaguars cornerback Jalen Ramsey is one of the most talked-about National Football League (NFL) players within the past week. Latest reports have it that he has called in sick and could be skipping practice sessions before the Week 4 games while his request to be traded out of Jacksonville stands.

There are several reasons why Ramsey has been making headlines for a couple of weeks now. The young cornerback has since confirmed he put in a request to be traded out of Jacksonville. But the circumstances, both confirmed and speculated, surrounding that trade request is what makes Ramsey’s situation dominate the NFL rumor mill.

The latest report came from ESPN’s Adam Schefter with NFL sources saying Ramsey called in sick on Monday and that he was not able to participate in team practice that day. Later, Schefter added that the NFL cornerback reportedly “thinks he has the flu” and in that case, he might not be able to join any practice before the Jaguars’ Week 4 match against Denver Broncos on Sunday, Sept. 29.

While catching the flu is not at all peculiar, many fans replying to Schefter’s tweets are not convinced that it is the real reason for Ramsey’s absence. Some Twitter users have straightforwardly linked it to his trade request. The same sources report that Ramsey is insisting on getting traded, but the Jaguars management is firm on keeping him through his contract.

Due to being sick, Jaguars’ CB Jalen Ramsey will not practice today, nor maybe this week at all, per sources.

Ramsey still wants to be traded; Jaguars want to keep him. Standoff continues.

NFL season 2019 is Ramsey’s fourth year with the Jaguars, but his contract also includes a fifth-year option making it possible for him to remain in Jacksonville through season 2020. He is slated to become an unrestricted free agent in 2021.

NFL news: Why Jalen Ramsey is requesting a trade

Ramsey’s strained relationship with the Jaguars management became more apparent after an explosive sideline argument with head coach Doug Marrone while playing against the Houston Texans on Sept. 15. The heated spat was captured on camera with Ramsey visibly upset.

There are speculations that Ramsey was disappointed that Marrone did not contest a field goal that gave the Texans their first three points. Jaguars later lost, 12-13, and reports that Ramsey’s has officially placed a trade request emerged shortly after.

Ramsey told Nate Burleson in an Uninterrupted podcast there were more serious reasons why he ended up asking for a trade. “Some disrespectful things were said on their end that made me definitely walk out and call my agent,” Ramsey said (via ProFootballTalk). “I said, ‘I want to ask for a trade.’ I was truly at peace, like I wasn’t in a mindset of making a decision while I was angry, I was completely calm.”