NFL rumors: Why Jalen Ramsey was angry at Doug Marrone and what sparked trade request 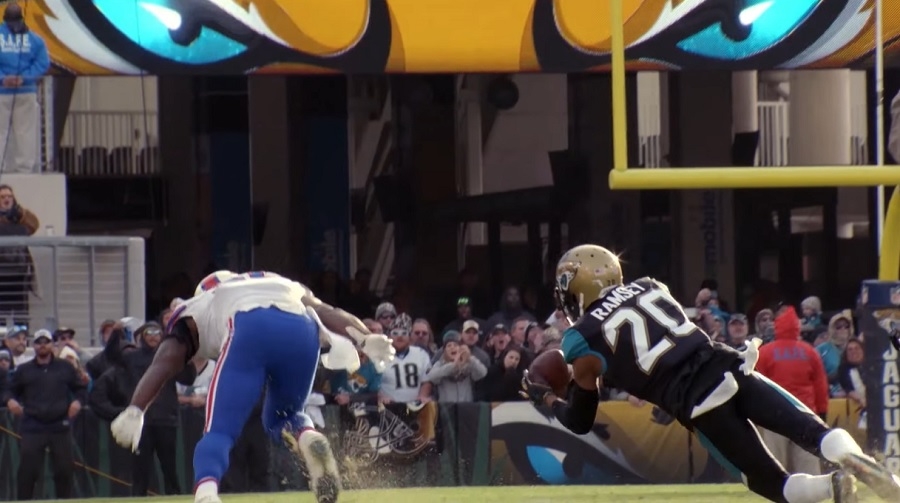 Week 2 of the National Football League’s (NFL) season 2019 was a very interesting one, especially considering how the Jacksonville Jaguars’ game with the Houston Texans went down. Aside from the sports action on Sunday, fans witnessed an intense argument on the sideline between star cornerback Jalen Ramsey and their head coach Doug Marrone. A day later, the 24-year-old athlete has reportedly requested a trade.

Early on in the Sunday match, Ramsey needed to be escorted back to the Jaguars bench while he was visibly extremely upset. There is also footage that shows the cornerback arguing with Marrone on the sideline, and the conversation was anything but calm. A day later, NFL rumors have it that Ramsey’s camp told the Jaguars front office that he wants to be traded.

Ramsey has yet to publicly address the incident while Marrone blamed it on emotions running high during the game. When asked what caused it, the Jaguars head coach simply said he does not know, and he cannot recall.

However, reports claim Ramsey was disappointed that the Jaguars coaching staff did not challenge a contestable catch and a field goal that landed the Texans the first three points of the match. Jaguars eventually lost their second game of season 2019, 12-13.

There have also been rumors that Ramsey and Marrone’s clash on the sideline has been brewing for a while now. The two-time Pro Bowl athlete is reportedly not happy being kept in a zone scheme play has been insisting that he is a lockdown corner.

Shortly after the trade rumors came out, reports have it that several NFL teams manifested interest in signing one of the best cornerbacks in the league. Ramsey had a total of 65 defensive tackles, 3 interceptions, and defended 13 passes in season 2018. He was drafted by the Jaguars in 2016 and got selected to Pro Bowl for the last two years.

Aside from his athleticism, Ramsey’s current base salary is only at $3.6 million and would go up to $13.7 in 2020. These factors are obviously enough to attract several franchises to join the trade talks. Despite the interest on Ramsey, Jaguars reportedly does not have any concrete plans in letting Ramsey go at this point.