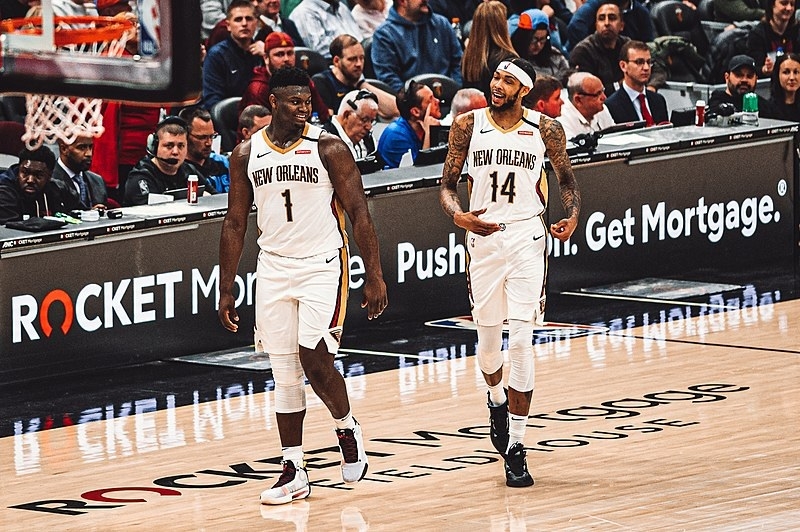 Zion Williamson is officially back in Orlando for the NBA restart. He was reunited with his team and did some light drills Tuesday night, increasing the chance of seeing him suit up against the Utah Jazz when the season officially restarts on July 30.

Williamson’s teammates ‘happy to have him back’

The official Twitter page of the New Orleans Pelicans shared a short video of Williamson doing some shooting drills on Tuesday. It confirmed he is back and has completed the required quarantine for anyone who left and returned to the bubble.

It can be recalled that the no. 1 rookie of 2019 left the Orlando bubble earlier this month due to family-related reasons. ESPN reports Williamson was quarantined for four days upon returning to the NBA campus, which he just completed hours before he joined the said team practice.

Williamson’s teammates welcome the rookie as they approach the crucial eight seeding games starting with Utah Jazz on Thursday. “We’re happy to have him back. He puts our team at full strength,” Pelicans guard Lonzo Ball said.

However, coach Alvin Gentry did not make any promise about Williamson’s game no. 20 considering he missed the three tune-up games over the last week. “It really isn’t a tough decision. If he’s ready to play, he’ll play,” Gentry added. As of this writing, the Pelicans have yet to announce whether the former Duke Blue Devils will be part of the playing roster on the opening of the NBA restart. Their Thursday game will be telecast on TNT at 6:30 p.m. ET.

Can the Pelicans still make it to the playoffs?

When Williamson is healthy, and on the court, his contribution to the team is undeniable. Out of his 19 games in his first NBA season, he posted an average of 23.6 points, 6.8 rebounds, and 2.2 assists in a little under 30 minutes of playing time per game.

If Williamson can consistently deliver that during the NBA restart, the season might not be over soon for the Pelicans. The NBA introduces the play-in tournament this year that makes things more interesting in the Western Conference. If the no. 8 team (currently the Memphis Grizzlies, 32-33) finished the regular season ahead by only four games or fewer than the no. 9 team (currently the Portland Trailblazers, 29-37), a play-in tournament will be held where the no. 9 team needs to win two games in a row to clinch the last playoff berth.

The Pelicans are currently at no. 10, 28-36. While it is not entirely impossible for Pelicans to make the playoffs, it will not be easy as well. After the Jazz, they will have to play against the West’s no. 2 team LA Clippers and then the Grizzlies, Sacramento Kings, Washington Wizards, San Antonio Spurs, and the Orlando Magic for their other seeding games.