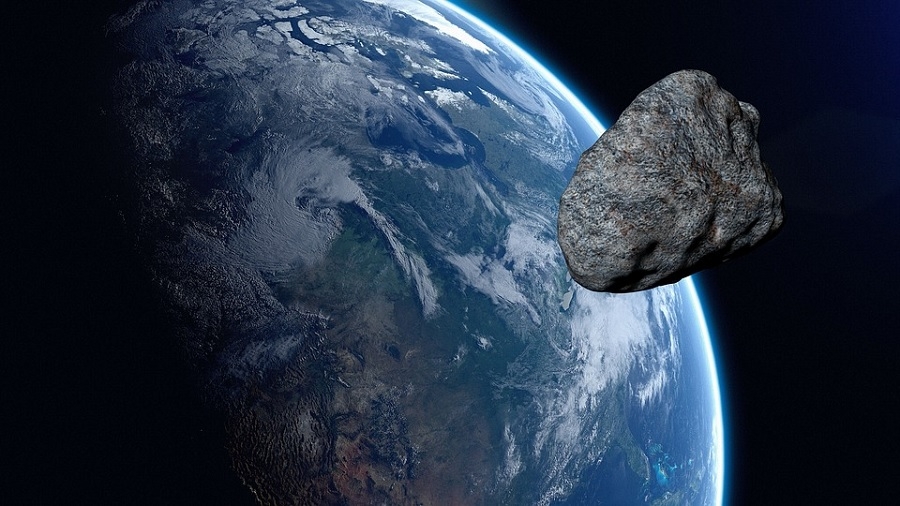 A visual concept of an asteroid approaching Earth. | Photo by urikyo33/Pixabay.com

The National Aeronautics and Space Administration (NASA) reports tracking four asteroids classified with potential hazards approaching the Earth almost all on the same day this week. However, there are other factors for why people should not panic.

In general, NASA classifies some asteroids and comets as potentially hazardous objects when they are orbiting relatively close to Earth. Astronauts also consider an asteroid’s size in classifying it as a potential hazard. Even though an impact is not expected upon identifying space objects approaching Earth, they can still be classified as such if scientists determine they can pose a serious threat within the next 100 years.

This week, four asteroids categorized as potentially hazardous approached the Earth. An impact was determined not possible for all four space rocks, but most of the asteroids were discovered just hours before they flew by Earth on Tuesday.

The first to fly by Earth on Tuesday, Oct. 1 was asteroid 2019 SM8 at 9:56 a.m. EDT, but it was just discovered by astronomers at the Arizona-based Mount Lemmon Observatory on Monday. It was followed by asteroid 2019 SE8 that approached the Earth on the same day at 11:12 a.m. EDT and was discovered only a few hours earlier.

As mentioned, the asteroids did not pose an immediate danger because the astronomers saw its distances were not close enough to impact Earth’s surface and cause damage. The closest flyby on Tuesday was with the 2019 SM8 at 99,000 miles from Earth, but it was also the smallest among the four asteroids at about 16-foot diameter.

Asteroid 2019 SD8, discovered by astronomers at the Catalina Sky Survey in Tucson, Arizona, approached the Earth with a distance of over 331,000 miles at about 38 feet in diameter. Asteroid 2019 SE8 was farther at more than 674,000 miles from Earth, but it was the biggest space rock that flew by Earth on Tuesday at 47-foot diameter. The 2018 FK5, measured at 24-foot diameter, was the farthest being over 3 million miles from Earth.