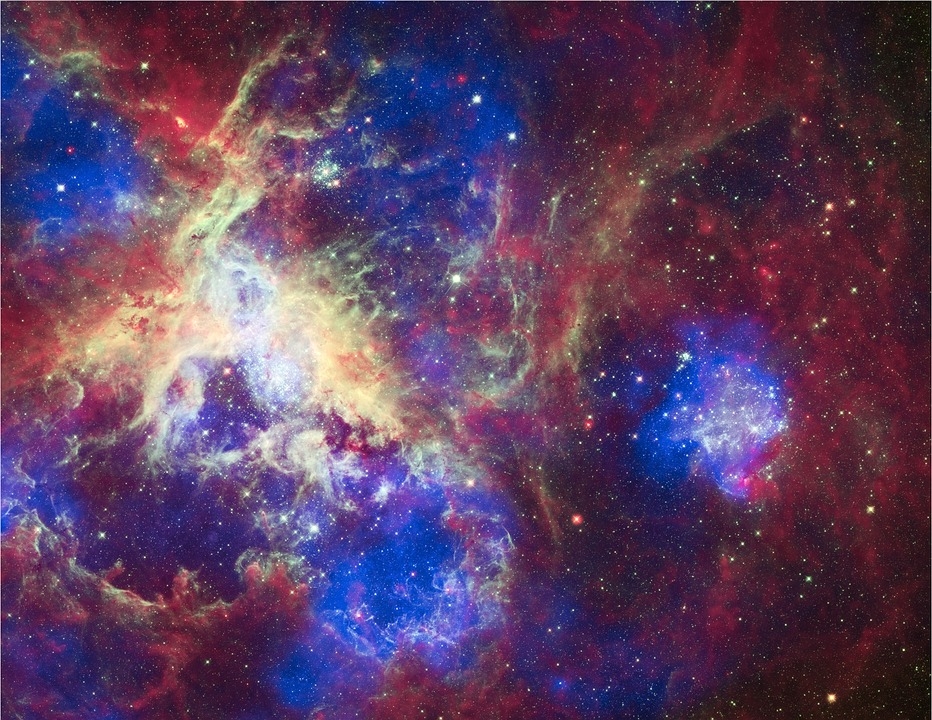 In the midst of this trying time as the world tries to combat the coronavirus pandemic, fascinating processes are happening in the cosmos. NASA has released an image of the Tarantula Nebula, showing the creation of a star through a pink cloud of gas and dust.

Express reports that the agency has released an image taken by the Hubble Space Telescope. The image shows a pink cloud of gas and dust within the Tarantula Nebula, the cluster being in the Magellanic Cloud galaxy, which is 160,000 light-years from Earth. NASA has formally named the pink cloud LHA 120-N 150. According to the agency, the cloud has dozens of isolated young giant stars that were formed on its own compared to being formed from a cluster.

Coincidentally, the Tarantula Nebula is known for being the largest known stellar nursery in the universe and the pink cloud of dust is only a sub-region of the nebula. It also bears noting that the Tarantula nebula got its name due to the arrangement of bright patches that resemble the legs of the spider. Astronomers have since studied the pink cloud in order to learn more about the origins of massive stars and what process plays a part in their creation as these kinds of stars form in isolation from the larger nebula.

In other related news, data from NASA’s Messenger probe revealed something unusual about Mercury. It can be assumed that because it is the planet that is nearest to the Sun, it would have similar temperatures or conditions as its immediate neighbor, Venus. However, it was found to have very icy polar regions, and a group of researchers from Georgia Tech may have determined just why there are icy regions in Mercury.

The theory behind this is that the solar radiation heats the chemicals found on the planet’s surface, which results in a release of water and hydrogen that later settle in craters that are not exposed to the Sun, eventually turning into ice.

The original belief was that asteroids may have also played a big part in the formations of ice on the planet. Ice supposedly came to Mercury through asteroid collisions, creating craters that are deep enough to shield the ice from getting exposed to the sun. Thus, 90 percent of the ice formations are believed to have come from asteroids, while the remaining 10 percent are the result of natural processes.