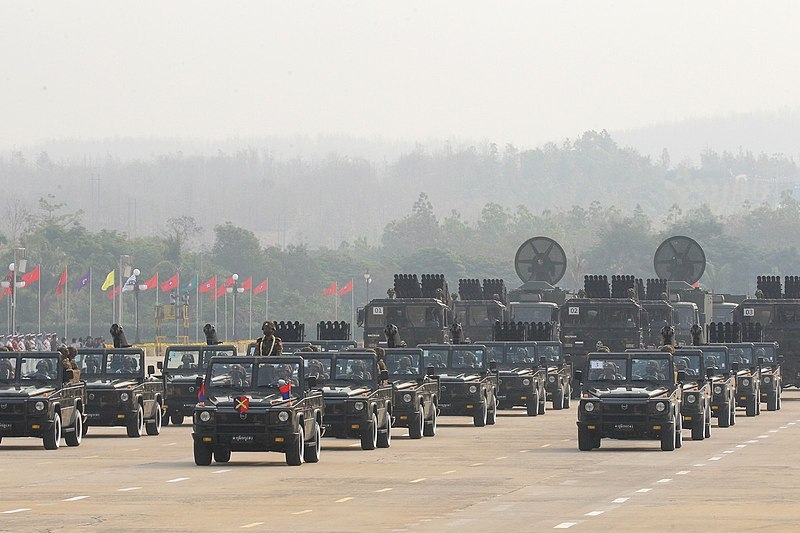 A military helicopter in Myanmar attacked a school Monday, leaving six dead and 17 wounded from the assault. This marks the latest violent incident brought on by the military since the generals overthrew Myanmar’s elected government last year in a coup.

According to media reports and residents of Let Yet Kone in the central Saigang region in Myanmar, the military opened fire at a school Friday last week.

At least six children were killed from the strike, and 17 others were wounded. The military said it shot at a school as militant rebels were using the school building to attack.

Two residents of the area said the bodies were later brought to a township 11 kilometers away and buried.

The military later issued a statement saying the rebel guerilla groups Kachin Independence Army and People’s Defense Force that the junta calls “terrorists” were hiding in the monastery and used the village to transport weapons in the area.

Myanmar security forces were deployed by helicopter for a surprise raid and were attacked by the guerilla groups in the houses and the monastery.

The military went on to say that some villagers were killed in the clash, and those who were wounded were taken to the hospital for treatment. The military then accused the resistance groups of using the villagers as human shields.

In a statement following the violence that occurred, the country’s shadow government, the National Unity Government, accused the junta of making “targeted” attacks on schools. The NUG also called for the release of 20 students and teachers it said were arrested after the air strikes.

Malaysian foreign minister Saifuddin Abdullah said Monday that the ASEAN regional grouping must decide if they are going to continue with the failed five-point peace plan or go in another direction before the grouping’s leaders meet in November.

“Between now and the ASEAN summit in November, ASEAN must seriously review if the five-point consensus is still relevant and if it should be replaced with something better,” said Saifuddin. “By the time we meet in November, we must ask that hard question and we must have the answer during that time.”