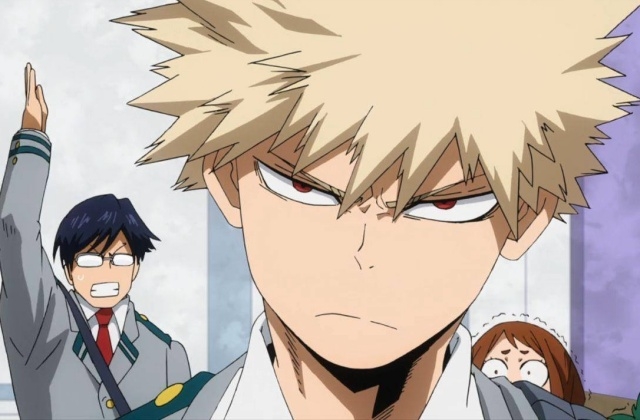 There has been a long delay for “My Hero Academia” chapter 292 but finally, it will be arriving this week. This will continue the emotional chapter in the Todoroki family after Dabi showed up with the League of Villains.

Chapter 291 has been titled “Thanks for Going Strong,” and it has been a very painful episode for Endeavor and his family. This is because someone suddenly shows up and claims he is one of the Todoroki family. Dabi came with Gigantomachia and the rest of the villains and via TV broadcast, he claimed that he is Enji and Rei’s eldest son Toya.

Of course, Endeavor was in shock for he saw his son die while burning. Dabi also alleged that Endeavor and Hawks are not heroes but they are the real villains and showed videos as “proof.”

In that Dabi played on TV, Hawks could be seen killing Best Jeanist so everyone was really flabbergasted. Then again, Dabi’s lies were immediately refuted after Jeanist showed up.

Apparently, he is alive contrary to Dabi’s claims that Hawks killed him. Then again, despite this, there are still people who are starting to doubt Endeavor and the rest of the heroes. Are they really heroes or just another villains who take advantage of the people for their own interests?

Spoilers - What to expect and release date

When “My Hero Academia” chapter 292 returns, it is yet to be seen if the appearance of Best Jeanist helped in quashing the rumors that Hawks and Endeavors are bad people or that they are murderers. Jeanist successfully stopped Dabi from attacking his father but then, Enji could have been badly affected by the situation.

How Endeavor will deal with Dabi is interesting to see and it will be shown in “My Hero Academia” chapter 292. Fans can also expect to see how Shoto will react to Dabi and if he will continue to protect his father against Toya or not.

Dabi’s real intention for showing up will also be revealed. He wants to kill Endeavor and what else is there? What does he want for coming back?

Meanwhile, as mentioned on Otakukart, “My Hero Academia” chapter 292 will finally arrive on Nov. 29. This will be posted on VIZ Media as usual.