‘Money Heist’ season 5: Only one will survive in the bank heist; Theory suggests El Professor will abandon Raquel 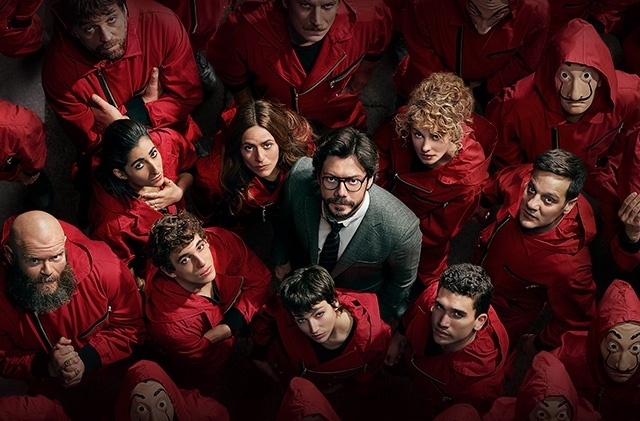 The fifth season of “Money Heist” is making big news as theories, and plot predictions started to crop up online. Many of them make sense, so the viewers also engaged in debates as they discuss what will take place in the episodes of the upcoming new installment.

Firstly, it was reported that the plot of “Money Heist” season 5 will not be the same as with the previous seasons. This is because the drama is at its peak since the police have surrounded the thieves while they are still inside the bank they’re robbing.

Plus, some of them have died or gravely wounded while El Professor could not help them out. In the past episodes, they were successful in their heist, and everyone managed to get back unharmed while it is a different story now, and they are on the verge of being caught and put in jail.

Now, as “Money Heist” season 5 is expected to be back next year, fans have been dropping plot theories. These ideas were formed after carefully examining the previous episodes and analyzing what the cast and producers were saying in interviews. Below are some of the popular theories to check out.

Only one person in the heist team is getting out alive

One of the most talk-about plot theories for “Money Heist” season 5 is that there will only be one survivor among El Professor’s team. In the finale of the fourth season, they are surrounded by the police in the Bank of Spain and at that point, Nairobi is already dead.

It was also suggested that even El Professor will not make it and die after he’s caught. As per Express, the only person who will get out alive in the “Money Heist” season 5 is Tokyo (Ursula Corbero).

As mentioned, El Professor will be caught and this could mean the end of his relationship with Raquel Murillo or Lisbon. She is the heist’s mastermind’s lover but based on theories, he could drop her like a hot potato and sabotage their relationship in the “Money Heist” season 5 which means he could betray her in the end.

They will break up as they said that El Professor no longer wants to continue with their romantic relationship since he lacks “emotional intelligence.” He may be good at devising strategies but emotionally, he does not have genuine feelings to care for others.

“Maybe there’s one thing I don’t like about him,” Alvaro Morte who plays El Professor said in an interview while describing his character in the drama. “Even though I know it’s special necessary for the character. But he’s so emotionally closed off.”

Meanwhile, “Money Heist” season 5 has not airdate yet but it was predicted to arrive in April 2021.