Mila Kunis: Facts about the actress that fans may not know about; Ashton’s Kutcher’s wife surprisingly worth more than you think 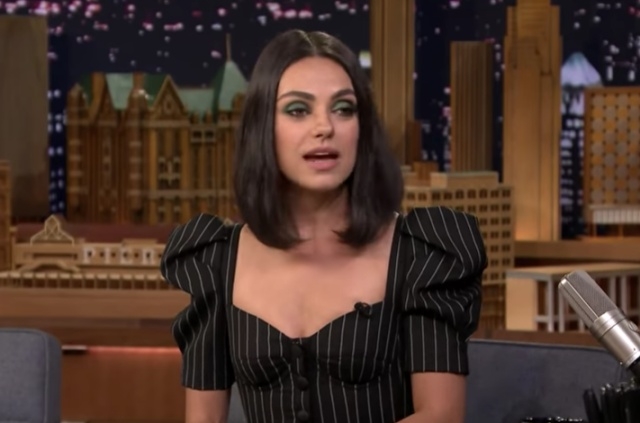 Mila Kunis is one of the most well-known names in Hollywood but before being recognized she struggled a lot. She is now living comfortably with her husband Ashton Kutcher and their two kids but there are some things that fans may not now about her yet. Below are interesting facts about her.

Getting to know Mila - her background

Mila Kunis is not American. She is originally a native of Ukraine who moved to the U.S. in 1991. She was only 7 years old when her parents, Mark and Elvira, brought her, her brother Michael and grandparents to a new land to find a better future.

It was revealed that when they first set foot in America, her family only have $250. Speaking to Glamour in 2016, Mila Kunis said that her parents struggled as they tried their best to provide for the family.

“But growing up poor, I never missed out on anything,” she told the magazine. “My parents did a beautiful job of not making me feel like I was lesser than any other kids.”

One of the most interesting things about Mila Kunis is that - she said that her eyes have different shades. She shared that one of her eyes used to be green while the other was blue. She now has permanent deep greenish hue for both eyes after this was corrected when he got surgery for her cataracts.

After a few years, Mila Kunis tried to get a job in the show business. She landed a job for Barbie and this was her very first acting project. It was a commercial for the famous toy dolls but sadly, this was never released.

“It was called a camping Barbie and I don’t think that Barbie ever came out, but I did the commercial for it,” she said in an interview with Marie Claire in 2018.

She did not give up until she got the role as Jackie Burkhart in the hit Fox’s sitcom called “That ’70s Show.” This was her breakout role and her name is slowly making its mark in Hollywood.

Today, she has appeared on many hit movies and TV sitcoms. With all her works, fans may not know that she is worth a lot more than they think. Mila Kunis succeeded in Hollywood and obviously her hard work paid off.

As of 2013, The Hollywood Reporter mentioned that Mila Kunis is earning between $175,000 and $225,000 per episode in her voice acting job as Meg Griffin in the “Family Guy” animation alone. Her total net worth is said to be $75 million.