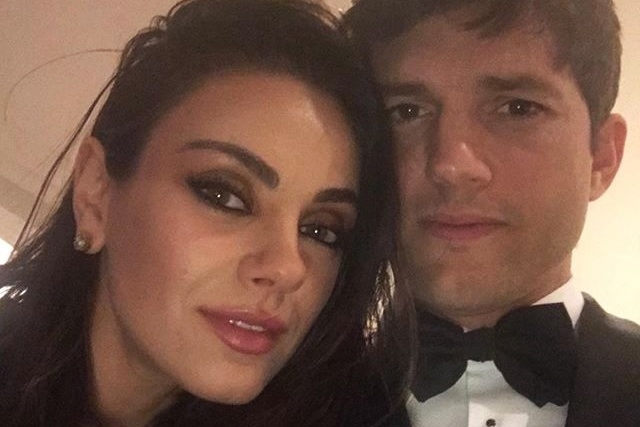 Mila Kunis and Ashton Kutcher are being reported to have broken up after the former was allegedly spotted without her wedding band. This is not the couple’s first divorce rumor but this offered a slightly different story so it can be considered as the most recent one.

Late last year, Australia’s Woman’s Day reported that Mila Kunis and Ashton Kutcher’s marriage may be over. This is because some people reportedly said that the actress’ hand has no wedding ring on it.

It was speculated that the couple’s marriage was in deep trouble since this is what her removal of the ring means. In any case, since 2019, the pair has been plagued with divorce rumors and the stories provided different reasons for the supposed break up.

One story that appeared on Star Magazine blamed Demi Moore’s tell-all book for causing deep tension between Mila Kunis and Ashton Kutcher. The report stated that Kunis was really stressed out after Demi’s memoir mentioned her husband and he was somehow placed in a bad light.

In another report from Woman’s Day, it published an article that claimed Mila Kunis and Ashton Kutcher were heading for a $450 million divorce. The cause of this split up was due to the dream home that they are currently building.

“The mega-compound they’re building is costing an absolute fortune and it’s causing a lot of arguments,” a so-called insider told WD. “It just shows how desperate they are to be selling the Coldwater place right now because Mila loves that house.”

The source further claimed: “For someone who’s so canny with his cash, it just doesn’t make any sense to be selling any property in LA right now.” It was suggested that building that dream home turned into a nightmare as Mila Kunis and Ashton Kutcher also fight non-stop due to fundings.

Now, Gossip Cop did some investigation to know if it is true that Mila Kunis and Ashton Kutcher are getting a divorce. The publication concluded that the issue of the wedding ring is not true at all. The pair is still very much together and in fact, they often display their good relationship on social media.