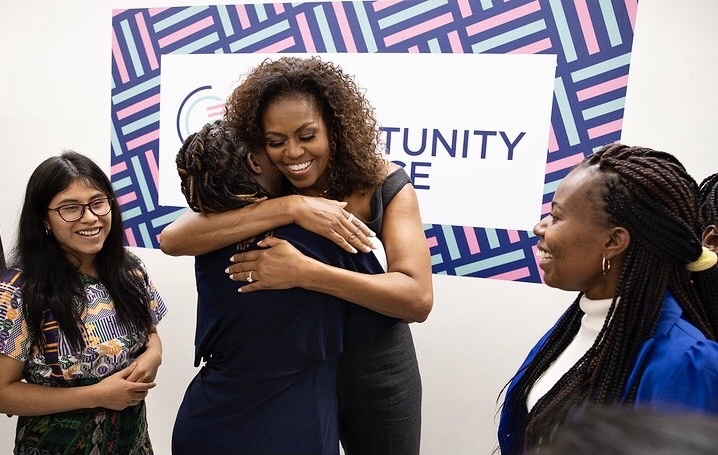 Former first lady Michelle Obama may not be too keen on politics compared to her husband Barack Obama, but she remains to be one of the most influential political figures especially within the Democratic party. As election day nears, commentators say she plays an important role in Joe Biden’s campaign.

Speaking on the BBC4 Radio Broadcast, North American editor Jon Sopel said that the former first lady is a powerful voice in the United States and that star power will drive the electorate to vote for Biden as he challenges Donald Trump for the presidency. This also comes as there is less than a week to go until the elections that will take place on November 3, Tuesday.

“I think she is a very powerful voice in America,” said Sopel. “She has superstar status. Somehow she manages politics and general entertainment. Yes, she’s a political wife but she’s not a politician. I think that she has something more to bring it, and I think she will also be trying to drive up turnout wherever she can, in places where they think that a low turnout, particularly among young black men, might make the difference between success and failure in key states.”

Although her husband, former President Obama, is currently on the campaign trail to empower fellow Democrats and supporters of his former vice president, Michelle has also been vocal about her support for Biden. Michelle recently released a 26-minute video offering her “closing argument” to vote for Biden, where she also called out Trump and criticized him for his administration’s response to the pandemic and his constant racist rhetoric.

Meanwhile, a 2019 interview by Oprah with the former first lady revealed a little mishap on her part as Michelle appeared to forget the ages of her daughters Sasha and Malia. The two women were talking about how the Obamas had to adapt to living in the White House for eight years. Oprah quickly pointed out that their daughters were seven and 10 years old at the time. Michelle then joked that her daughters will never let her hear the end of her little mishap.