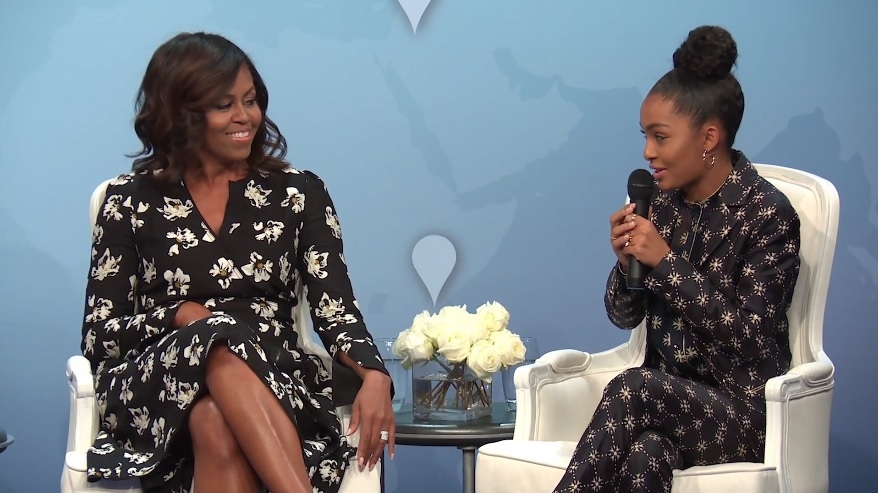 From the “Michelle Obama: The Story” trailer | Photo credit The Orchard Entertainment via YouTube Movies screenshot

A star-studded virtual conference is happening next week with Michelle Obama as one of the speakers at the event. She will also be joined by Meghan Markle, the Duchess of Sussex.

Since Markle and Prince Harry announced the biggest change in their life as royals, their supporters have been hoping to see them with other personalities such as Obama. That finally happens as the Grammy winner is set to appear with a special message at the virtual Girl Up Global Summit happening on Monday, July 13 to Wednesday, July 15 where the “Suits” alum is confirmed as one of the guest speakers.

The Girl Up organization was founded by the United Nations in 2010. On its Who We Are page, it states, “Girls have a tremendous, often untapped power to change the world. Girl Up helps girls access their inner power to advance the skills, rights, and opportunities of girls everywhere.”

The summit’s Eventbrite page offers two ways to secure a ticket, but both are free of charge. Youth attendees, aged 13-25, will be given access to the full three-day program. The general audience described in the site as “adult advocates and supporters” can still get tickets but will only participate on the first day of the conference.

Anyone who has seen Obama’s Netflix documentary “Becoming” has seen the former United States First Lady meeting young people following her previous speaking tours following the release of her best-selling memoir. “We can’t afford to wait for the world to be equal to start feeling seen,” Obama said in one of her discussions with young women of color in the documentary. “So you’ve gotta find the tools within yourself to feel visible, and to be heard and to use your voice.”

Markle, along with her husband Prince Harry, announced earlier this year they would stepping back as senior members of the British royal family so they can “carve out a progressive new role within this institution.” They also confirmed their intent to become financially independent.

Although they never really specified how they would support their new family outside their royal status, many experts have expected them to take on the same path that Michelle Obama and Barack Obama took after leaving the White House in 2017. The Obamas have famously struck lucrative book deals as well as paid speaking tours. It even started a rumor last January that the Markle and Prince Harry have personally sought out advice from the Obamas, but the report was never verified.