Michelle Obama, Barack Obama revelation: Leaving the White House, sending kids to college allows them to ‘see each other again’ 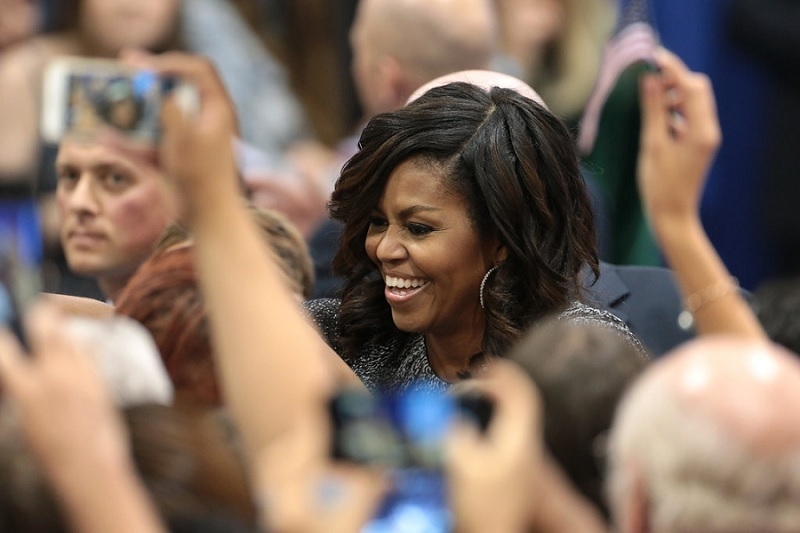 Michelle Obama and Barack Obama remain the popular power couple that they are even after leaving the White House. In a recent public appearance, the former first lady of the United States also shared how going back to being private citizens and sending their daughters off to college helped them “see each other again.”

Earlier this month, Michelle Obama joined Oprah Winfrey’s “2020 Vision: Your Life in Focus” tour in New York. Obama had plenty to share with the audience, especially how they adjusted to life after living in the White House for eight years.

Obama naturally discussed the changes she and her husband went through, especially now that both their daughters, 21-year-old Malia Obama and 18-year-old Sasha Obama, have both left home to attend Harvard University and the University of Michigan, respectively.

At one point, Michelle Obama admitted that parenting two young girls took up “a lot of emotional space.” She revealed (via People) every weekend used to be difficult because she had to gather needed information about the parties her daughters were going to attend.

However, now that her daughters are away in college, Obama revealed she now has more “emotional energy” she can allot to her marital relationship. With practically just the two of them together daily, Obama said they can now “see each other again.”

Michelle Obama is not exactly hands-off of politics

Obama has also mentioned having the time to figure out what she wants to do next. Aside from her foundations and initiatives centered on education, she clearly found many projects to work on. Her memoir titled “Becoming” was a top-selling book and later earned her a Grammy award in the spoken word album category. But one thing she still does not venture into is politics – not in the traditional sense, at least.

The former first lady still remains true to her words of not wanting to run for office, but she is not entirely detached from the world of politics. She is one of the co-chairs of the non-profit When We All Vote aiming to “close the race and age voting gap.” Earlier this week, she joined the #PromChallenge sharing a photo from her 1982 prom night as one of the latest online campaigns to encourage people to register and vote.