Michael Schumacher’s Formula 1 car sold at an auction in Abu Dhabi for $6.6 million 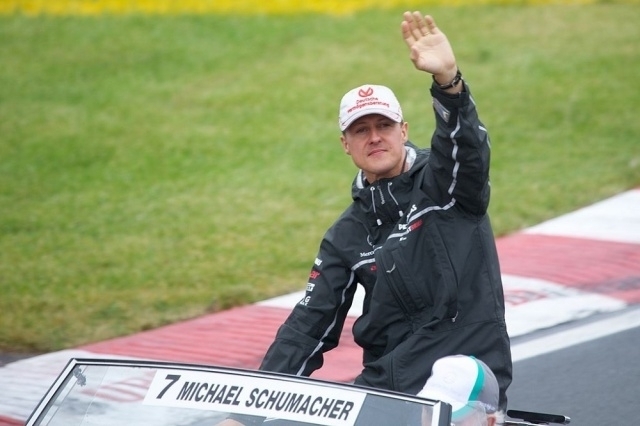 Michael Schumacher’s Formula 1 car that he used in one of his racing games has been sold through Sotheby’s auction. The car was the Ferrari F2002, which was one of the most successful F1 car designs of all time.

The championship-winning Ferrari was designed by Roy Byrne, Ross Brawn, and Paolo Martinelli. When newly-released, it has entered the Grand Prix and won 15 tournaments out of 19 races from 2002 to 2003. Now the one used by Schumacher was sold for $6,600,000 in Abu Dhabi.

Gulf News reported that the auction was held on Nov. 30 during the 2019 Abu Dhabi Grand Prix weekend, and it was held at the grid of the Yas Marina Circuit when the qualifying round ended. It was mentioned that the auction of Michael Schumacher’s F1 car is actually the highlight of the event.

It was said that Michael Schumacher’s Ferrari F2002 car that was sold had been sourced from a private collector, and with its price, it may become a record holder of the most expensive car ever sold at an auction.

"It was a fantastic sale and such a unique atmosphere,” MotorSport Magazine quoted RM Sotheby's spokesperson as saying after the event. “There's never been an auction of that nature before and to have it on the actual circuit and on the grid immediately after qualifying was superb."

Meanwhile, Michael Schumacher has yet to fully recover from the grave injuries he sustained through the ski accident in 2013. The F1 legend has not been seen since the day he fell at the Alps during a holiday trip, and many fans are wondering where he could be right now and if he is doing well.

As everyone already knows, Schumi’s family is not willing to share details of his health condition or his whereabouts, but through bits of updates from his friends who can visit him, it was learned that he is currently staying in his home in Switzerland. As per his situation, he was said to be “still fighting,” which could only mean that Michael Schumacher is hanging on and must be waiting for the day when he could face his fans again.