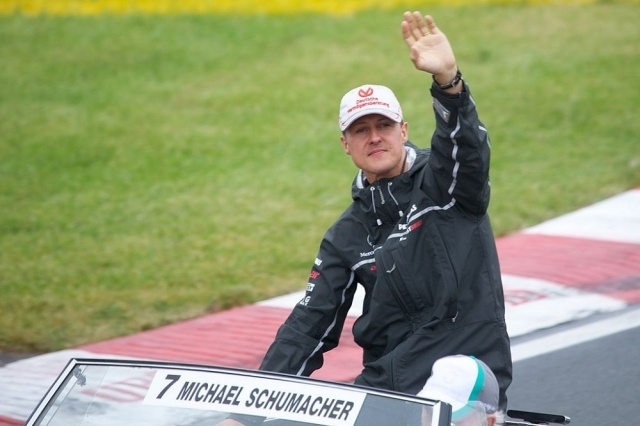 Michael Schumacher probably saw early on that his son Mick has a talent in racing like him. He must have thought that his son would take after him so he had plans of managing his racing career once he enters the sport.

“Michael was anxious to get his boy into Formula One and even manage him. That would have been a great story. He would have loved that,” Willi Weber said.

However, the plan was shattered when Michael Schumacher was severely injured in a skiing accident in 2013. The mishap affected his brain and he was comatose for weeks. After months of treatment, his family was able to bring him home where he was reportedly being cared for, round-the-clock, by a team of medical staff.

However, his family refused to reveal the real state of Schumi’s health and up to now, there is no solid detail about how Michael Schumacher is doing expect that his family recently stated that he is “in good hands.” Despite the fans’ frustration over the secrecy of the racing champ’s health, they continue to support him and now they are fans of his son, Mick Schumacher, who has finally joined the racing world not long ago.

With Mick’s entrance in the F1 racing sport, Willi Weber, Michael Schumacher’s former manager who was reportedly banned by the family from visiting their home, revealed that the 7-time

Formula One legend want to form a father and son team. But the skiing accident changed their fate and Mick is racing on his own with the support of people who were also around his father when he was still active.

Weber added that Michael Schumacher secretly planned about managing his son’s future career in the racing sport when he retired in 2012 but apparently, due to the accident, Schumi will never be able to carry out his plan anymore. Schumi has been replaced by Lewis Hamilton as the reigning F1 champion.

Meanwhile, Michael Schumacher’s son, Mick, is slowly making his mark in the car racing arena. Currently, he is competing in Formula Two and already won in the European Formula Three Championship last year. His F1 test in Bahrain was also successful and he could be in the bigger league in no time.