Michael Schumacher may not recover as per top neurologist’s assessment: Report 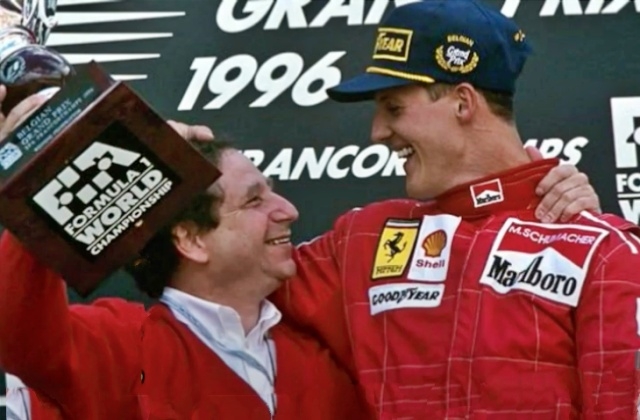 Michael Schumacher is one of the legendary sportsmen that the world of racing has been missing for years. Although he retired in 2012, he was still expected to at least make an appearance in racing events.

Unfortunately, Michael Schumacher was gone in the scene since 2014 after he suffered from a horrible brain injury due to his skiing accident that occurred in December 2013. Since he was brought to the hospital moments after the mishap, he was never seen in public again and believed to have been confined to his bed up to this day.

A few years after Schumi’s accident, there were reports that he remained bedridden even after waking up from a medically-induced coma. He was placed in that state because, at that time, it was the only way to save the Formula One star.

It was reported that Michael Schumacher was flown back to his home in Switzerland, where a medical room has been set up for him. He also has personal nurses, doctors, and other medical staff who take care of him 24/7.

But then again, even after years of treatment, a neurologist who is recognized in the medical field stated that in the racing champ’s current state, it is more likely that he will never fully recover anymore. This is because the prolonged treatment and the extended years that he has been confined to his bed has diminished the use of his bones and muscles.

With very little to no movements at all, it will be hard to get back to his normal self. Grand Prix reported that Prof. Erich Riederer, a neurology specialist, shared that Michael Schumacher may not recuperate anymore.

"I think he’s in a vegetative state, which means he’s awake but not responding,” the publication quoted the Zurich-based doctor as saying. “He is breathing, his heart is beating, he can probably sit up and take baby steps with help but no more.”

He added that he thinks this is the maximum recovery that Michael Schumacher may ever make. Thus, there is a very slim chance to see him again in public.

Family and friends are still hopeful

While this is a heartbreaking assessment from a doctor, the family and friends of Michael Schumacher are not losing hope, he will still walk and be his old self one day. He may even appear in public again once he surpasses this ordeal.

“He is fighting. My God, we know he had a terrible and unfortunate skiing accident, which has caused him lots of problems,” Mirror quoted Schumi’s former boss and long-time friend Jean Todt as saying. “But he has an amazing wife next to him, he has kids, his nurses, and we can only wish him the best and to wish the family the best, too.”