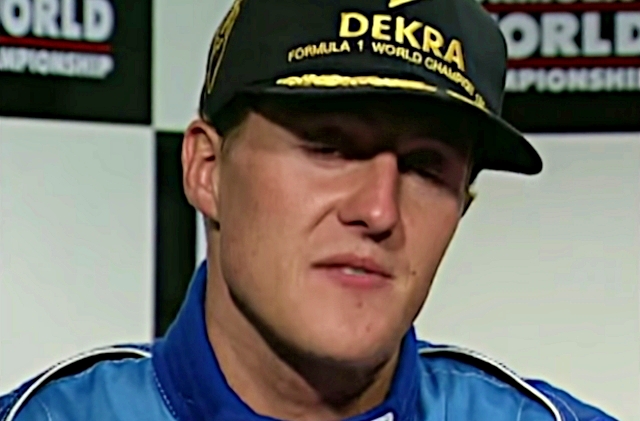 Michael Schumacher is said to have been flown to Paris to undergo a stem cell therapy procedure. It was reported that he was brought to Georges Pompidou Hospital last week and was discharged a day after the surgery.

According to The Telegraph, Schumacher was conscious after the treatment and he was brought home via ambulance. In all, he spent almost three days at the medical facility and the result was good so far.

How the Schumachers kept the treatment a secret

The F1 racing champ allegedly registered a fake name to evade the media and the plan worked. However, the local newspaper got wind of the situation and wrote an article about Michael Schumacher’s treatment in Paris.

The paper called La Parisien reported that Dr. Philippe Menasche, who was known for the breakthrough stem cell therapy, performed the procedure on Schumi. The doctor was also said to be the one who operated on a patient for the world's first embryonic cell transplant and it was successful.

Jean Todt was with Schumi at the hospital

The Daily Mail further reported that FIA President, Jean Todt, was with Michael Schumacher when he was brought to the hospital in Paris. He is known to be the racer’s long-time friend who is one of the few people who are allowed to visit the ailing sportsman.

Prior to the treatment, Todt also attested that Schumacher was in better condition - that he is already aware of his surroundings. In fact, Todt said that Schumi can already watch TV and he saw this with his two eyes because they watched a race together.

“In the end, only positive thoughts help him,” Todt said when pressed to share something about Schumi’s health condition. “I and his whole family are positive in the mental sense, despite the circumstances.”

Meanwhile, Michael Schumacher’s family is not expected to comment on this report since they have been secretive since day 1. Whether he underwent the stem cell procedure or not, fans are hoping that this will really work so that their favorite racer can return healthy.

Michael Schumacher is widely believed to be paralyzed since sustaining severe brain injury following a skiing accident in 2013. His family never released his health developments thus only his friends are able to share some update to the fans.