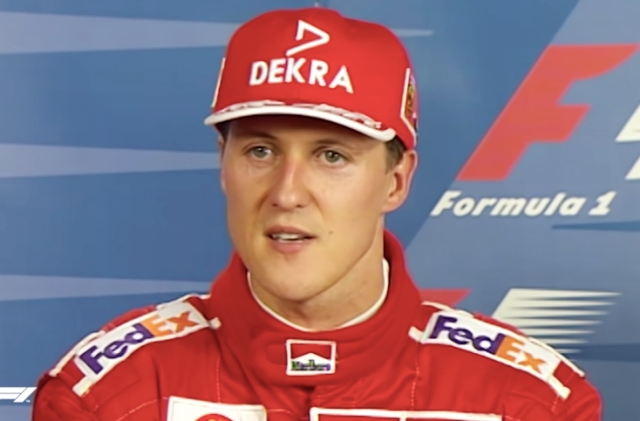 Michael Schumacher’s health condition is still a mystery as his family continues to keep everything related to him a secret. However, a neurosurgeon reportedly leaked some details, and it is not something that his fans will want to hear.

Schumacher suffered from a severe brain injury after bumping his head on a rock while skiing in Switzerland in 2013. He was put into an induced coma, and it reportedly went on for half a year, but others say that he was woken up just after two weeks. It cannot be confirmed, though, as his family will not talk about it.

In any case, in the latest report, a leading Italian neurosurgeon named Nicola Acciari was said to have spoken out and revealed Michael Schumacher’s current health condition. The racing champion is said to be “a very different person” now. He is not the same before he had his injuries.

The doctor said that people will not recognize Schumacher anymore, as per NZ’s Motorsport. The image that people in the world remember him is far from how he is today, and what is more shocking is the fact that Schumi is said to be deteriorating already.

"We must imagine a person very different from the one we remember on the track, with a very altered and deteriorated organic, muscular and skeletal structure,” Acciari told Diarouno, an Italian news outlet. “All as a result of the brain trauma he suffered."

Acciari works at a hospital in Bologna, but it was not mentioned how he came to know about these details. He described how Michael Schumacher’s body was changed by his injury and after-effects, but it is not certain if he has personally treated the sportsman.

Where is he now?

Meanwhile, prior to this report, Michael Schumacher was said to be receiving a groundbreaking treatment called stem-cell therapy. This was said to have been administered by French surgeon, Dr. Philippe Menasche. Express reported that the treatment was done in Paris at the Georges-Pompidou Hospital last year, but it is not known if he improved with this surgery.

Currently, Michael Schumacher is believed to be being cared for in his home in Switzerland. They said that a group of medical professionals take care of him 24 hours a day.