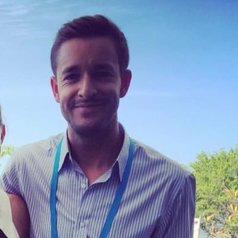 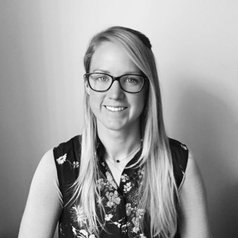 As play heats up at the Australian Open this week, so, too, has the debate around Australia’s most decorated tennis player, Margaret Court, and whether she should be feted on the 50th anniversary of her Grand Slam achievement.

In recent years, Court has actively used her platform to vilify LGBT + people, criticise the family of another Australian player, Casey Dellacqua, and her partner, and compare transgender children to the work of the devil.

The controversy over Court has dogged the tournament for years. Some tennis fans believe she should rightly be recognised for her stellar career, while others argue Tennis Australia should rename Margaret Court Arena in light of her views.

How to honour Court – if at all

The issue has been particularly contentious this year on the 50th anniversary of her Grand Slam in 1970. Tournament organisers are grappling with how to honour Court’s historic Grand Slam, while simultaneously emphasising that her comments are not welcome in sport and are hurtful and damaging to LGBT+ people.

Even current tennis players appear to share the predicament. When asked about it, Roger Federer said

She’s obviously an incredible tennis champion, one of the most successful ever. I know this subject also tears apart a lot of opinions and minds. So I think Tennis Australia, they got to do what they got to do. I honestly really have no opinion on that.

Unfortunately, Tennis Australia does need to have an opinion on it.

In comments to ABC Perth this week, Court has not sought to put the controversy behind her.

I wish the press would stick to my tennis. I’ve had so many people touch me on the shoulder and say thank you for being my voice. I haven’t had anyone say ‘I hate you’. I teach what the Bible says and you get persecuted for it.

Tennis Australia has faced fresh criticism from its apparent inaction on the issue, particularly around the renaming of the stadium.

A recent article in The New Yorker asks

does the name ‘Margaret Court’, even affixed to a tennis arena, no longer mostly call to mind a great athlete but rather a relentless, hurtful bigot?

However, Tennis Australia is not the only sporting organisation dealing with negative commentary around the LGBT+ community and homophobic slurs.

Rugby Australia recently had to deal with the Israel Falou case, and Cricket Australia handed a Melbourne Stars player, Marcus Stoinis, a A$7,500 fine for using a homophobic sledge during a Big Bash League match.

The idea that sports should play a role in facilitating social change is becoming more prominent. Recent survey data from Swinburne University shows the Australian public believes sports organisations do more for the greater good than government, religious organisations or business.

This highlights the need for these organisations to show strong leadership on social issues, including LGBT+ equality.

Discrimination is bad for business

There is certainly a moral argument for standing up against discrimination and trying to bring more inclusivity to sport. But there’s increasingly a solid business case to do so, as well.

Research from the US has found that when sports bodies actively engage with LGBT+ inclusion and have appropriate policies in place, it can boost organisational effectiveness.

Further, our forthcoming research at Western Sydney University highlights the business benefits of growing LGBT+ supporter groups in sport, including new fans, as well as revenue from memberships, matches and merchandise.

Stars like Court are high-profile sport ambassadors and are often used to boost participation efforts at the grassroots level. They impact everything from sport policies to funding models aimed at inspiring a new generation of players.

While Court has no doubt alienated many tennis fans – gay and straight alike – Tennis Australia is now making efforts to win them back through new activities and events.

One example is the staging of an LGBT+ tennis tournament dubbed the “Glam Slam” during the Australian Open, which brings together 200 LGBT+ players from 35 countries. The event will conclude with the men’s and women’s finals being played on Show Court 3 on the final Sunday of the Open.

And in the spirit of openness, the organiser of the event has even invited Court to take part.

Initiatives like these resulted in Tennis Australia taking home the title for Australia’s most LGBT+ inclusive sport organisation at last year’s Pride in Sport Awards.

Tennis Australia will likely continue to have to deal with the negative attention brought by Court, particularly if it refuses to rename the arena. However, through efforts like the Glam Slam, it can help attract more LGBT+ people to tennis and this will hopefully lead to a more inclusive and tolerant sport in the decades to come.