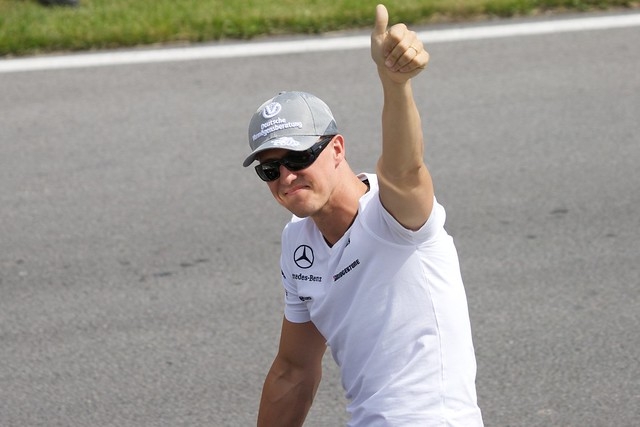 Michael Schumacher suffered from massive injuries to his head when fell from a skiing accident in 2013. More than five years later today, the exact health condition of the racing champ’s remained unknown.

However, there are indications that Michael Schumacher is doing well compared to what most people think. Many people believe that the 50-year-old former racer is in vegetable state after not regaining his consciousness from his induced coma since his accident in the Swiss’ ski slopes. But his friends who have been visiting him had suggested that Schumi is awake and could sit up on his wheelchair.

Unexpectedly, his family who has been keeping Michael Schumacher’s health condition a secret also released a statement in January and part of their message reads: “You can be sure that he is in the very best of hands and that we are doing everything humanly possible to help him.”

While Michael Schumacher’s family did not mention any specific detail, a neurologist said that the racer can recover from his serious brain injury. As per Express, Mark Oberman, a neurologist at the Centre for Neurology in Seesen, Lower Saxony, claimed that Schumi has high chances of getting better.

“Between 30 and 40 percent of patients have regained consciousness within four years,” he said. “A lot can participate in life again and watch their children and grandchildren grow up, see what plans they have and what else happens in the family and the lives of friends.”

In any case, as Michael Schumacher was not able to get back on the racing track for a long time, Lewis Hamilton, the current leader in F1 racing has caught up with him already. In terms of earning, it was reported that British racing driver took over as F1's all-time top earner.

Based on the estimates, Michael Schumacher earned $464 million from his 21-year racing career while Lewis Hamilton’s current earnings were said to be $489 million, showing a $25 million difference from the seven-time world champion’s total earnings.