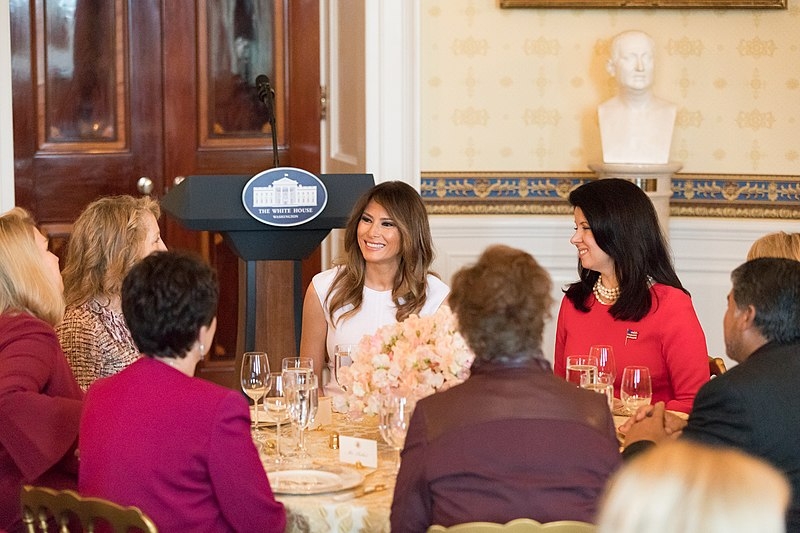 Former first lady Melania Trump has previously come under scrutiny regarding her upcoming charity fundraiser. Following reports by the New York Times that the fundraiser has been canceled, the former first lady criticized the newspaper.

The office of the former first lady took to Twitter to respond to the reporting by the outlet regarding her upcoming high tea fundraiser that was initially set to take place in April. Mrs. Trump’s office claimed that the fundraiser was not canceled and instead moved to December 4, calling the report “inaccurate.”

“The High Tea event is not canceled. It is scheduled for December 4, 2022,” said the office in a tweet. “As a result of the New York Times’ inaccurate reporting, we captured the attention of way more people than expected and required a larger venue. Thank you to all the incredible supporters of foster care children.”

The report by the newspaper said that the fundraiser event was canceled after state regulators found that the company that was working with the former first lady to organize the event was not registered to solicit charitable contributions.

“Mrs. Trump had announced in late January plans for what she called ‘Tulips & Topiaries,’ a gathering at an undisclosed location in Naples, Florida, that would feature a ‘elaborate flower garden with tulips’ and ‘delicious hors d’oeuvres alongside tea and bubbles,’” said the report. The tickets for the fundraiser cost up to $50,000 for the VIP table, and the money will be used to provide scholarships to children coming from foster care.

Mrs. Trump previously criticized the media for scrutinizing her charitable events. Regarding the same upcoming fundraiser, reports previously emerged that the school that the former first lady’s team sought to donate rejected her contribution. Much like her husband, Mrs. Trump called the rejection by the school as “politically-motivated.”