Melania Trump: Will FLOTUS Gets Invited by Anna Wintour for Met Gala 2019? 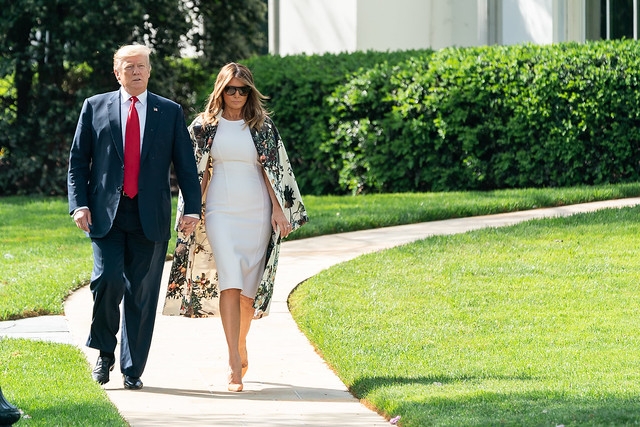 One of the most prestigious events in fashion and entertainment business is the annual Met Gala to which the Trump clan used to get a constant invite from event chair Anna Wintour. But following the Vogue editor-in-chief’s apparent discord with United States First Lady Melania Trump, it has become clear that the first family might skip this year’s occasion as well.

Met Gala is a fundraising event that has been benefiting New York City’s Metropolitan Museum of Art's Costume Institute since 1948. Politicians and public servants almost never attend the event, though, because a seat at the table reportedly costs around $30,000 as of 2018.

U.S. President Donald Trump started attending the event in the ‘80s and Mrs. Trump started going with him in 2003. The following year, they got engaged on the same day as the ball. Even first daughter, Ivanka Trump, has been in attendance until 2016.

Now it seems impossible for Mrs. Trump to attend the event to which Wintour has been sitting as chair since 1995. Recently, these women had an interesting exchange of words.

In an interview with CNN, Wintour seemingly implied that Mrs. Trump might not be asked to be on the cover of Vogue despite the magazine’s tradition of asking U.S. first ladies to grace the publication. Though the magazine editor did not directly say it, she did explain, “I think it's very, very important to have a point of view, and we profile women in the magazine that we believe in.”

Mrs. Trump’s spokesperson, Stephanie Grisham, responded by saying the first lady is not interested in being on the Vogue cover and recalled that she has already done it before. Mrs. Trump was featured in the February 2005 issue coinciding her wedding with Mr. Trump.

“Her role as first lady of the United States and all that she does is much more important than some superficial photo shoot and cover,” Mrs. Trump’s spokesperson said in a statement (via HuffPost). “This just further demonstrates how biased the fashion magazine industry is, and shows how insecure and small-minded Anna Wintour really is.” The Trumps might not get an invite in the foreseeable future.