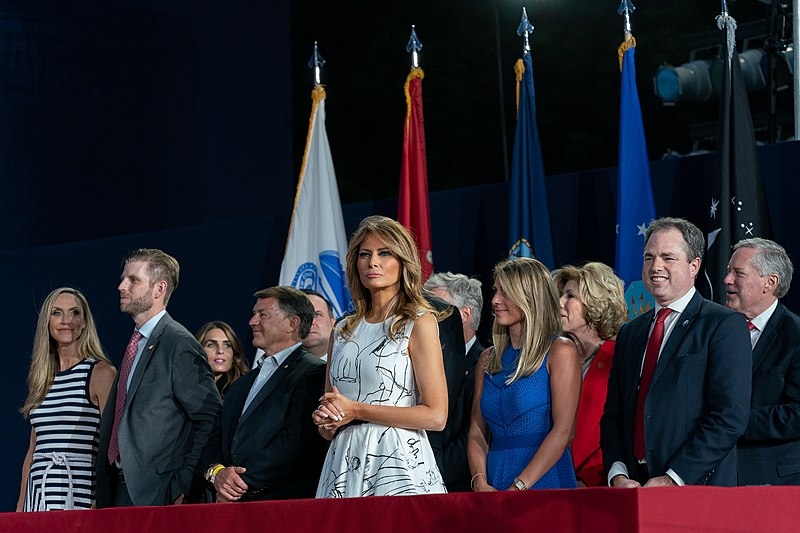 First lady, Melania Trump’s Be Best initiative, puts the overall well-being of children front and center. Recently, Mrs. Trump visited the Mary Elizabeth House to personally deliver some care packages to the staff and residents of the institution.

According to the statement from the White House, Melania’s visit was unannounced, and as part of her Be Best initiative, she personally delivered boxed lunches prepared by the White House chef as well as some items with her initiative’s label on them. This is the second time the first lady visited the Mary Elizabeth House, which helps at-risk single mothers and their children, at-risk pregnant women, and young women who are currently within the foster care system or have aged out of the system. During the first lady’s previous visit, she delivered fresh fruit and vegetables from the White House Kitchen Garden.

Melania also spent some time with the staff as well as talking to the single mothers and young women who are currently residing in the community home. She also spent some time with the children at the community playground while the boxed lunches were handed out. With the staff, she discussed the importance of strengthening families and children and voiced her support for their prevention efforts. She also brought up the Executive Order signed by her husband, Donald Trump, on the improvement of the child welfare system in America.

“It is important that, even in these challenging times, we find ways to help and connect with people and acknowledge the important work that is being done in countless communities across the United States,” said Melania.

During the fourth of July weekend, vandals set fire to the statue depicting the first lady in her home country of Slovenia. The artist who commissioned the statue, Brad Downey, revealed that he had the statue removed following the news that it was set on fire. Speaking to Reuters, Downey said that he wants to know why it was done.

Downey also explained the reason for the statue, saying that he had hoped it would open up a conversation about the current policies of immigration in the United States, given the fact that Melania is an immigrant married to Trump, who has pushed for anti-immigration policies.