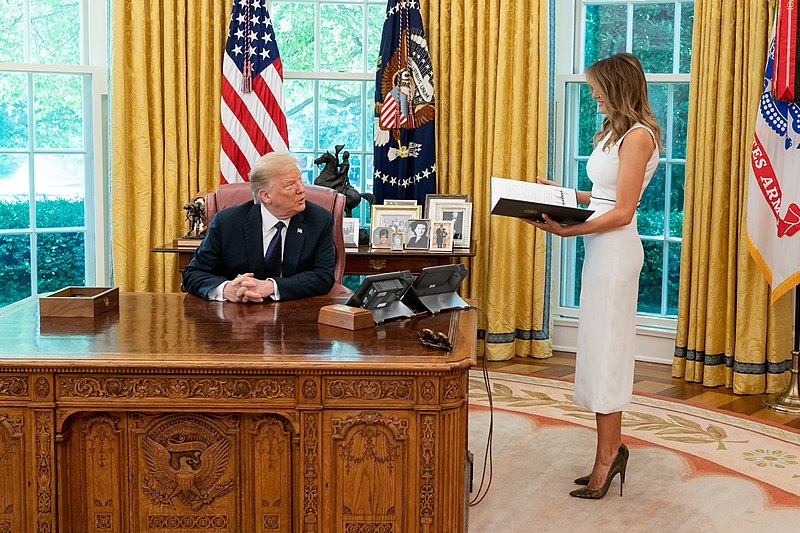 First lady Melania Trump has her Be Best initiative which is centered on the wellbeing of children and encouraging healthy social behavior especially online. Recently, Mrs. Trump hosted a virtual roundtable for foster care advocates following the recent Executive Order that was signed regarding the country’s welfare system.

According to the statement from the White House, Melania held a virtual roundtable with advocates of foster care and foster children who were also affected by the system. Young adults who have been a part of the foster care system, foster parents, and representatives from adoption agencies and foster care organizations were also present during the roundtable discussion. Among the administration officials that were present were Health & Human Services Secretary Alex Azar, Administration for Children and Families Assistant Secretary Lynn Johnson, White House Counselor to the President Kellyanne Conway, and the first lady’s Deputy Chief of Staff Emma Doyle.

The roundtable kicked off with Melania highlighting the pillars of her Be Best initiative and referenced the Executive Order that aims to strengthen the child welfare system in the United States. The Order aims to improve transparency or oversight, partnerships, and increase resources needed, especially at a time where the pandemic is still heavily affecting the country, and hitting hard on foster children and families.

The participants discussed their experiences with the system and what they learned about it from the pandemic. The other government officials that were present also discussed their work on primary prevention as well as permanent placement in the system.

It was recently revealed that during the time Melania was still getting to grips with her new role as the country’s first lady, she had some help through her friend Pamela Gross, who also happens to be the wife of Jimmy Finkelstein, the owner of news outlet The Hill. Finkelstein was said to have been actively involved in securing the undisclosed advisory role to the first lady by speaking to the White House lawyers.

Gross’s addition to the staff during the six months she served as an advisor to Melania was never announced. Although she mostly did her advisory work from New York, she was still made to answer the White House security clearance questionnaire and was given a White House email and mobile number as well as a temporary access badge to use whenever she would be in Washington DC.