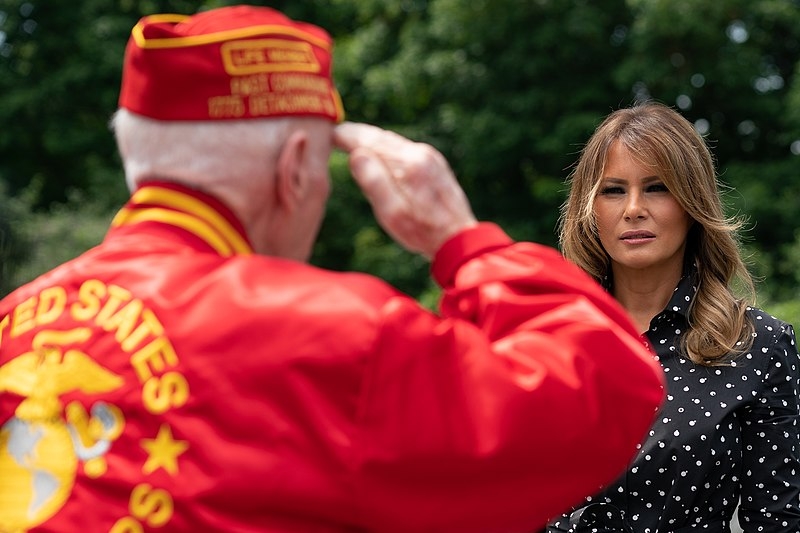 Despite the raging pandemic in the United States, it seems that first lady Melania Trump continues to make efforts to reach out and being more present to the American public. Melania recently made another visit, personally delivering boxed lunches and personal care items to the Engine Company 9 Fire Station.

The White House released a statement detailing the first lady’s visit to the fire station that also operates as an emergency response unit in Washington DC. Melania and her team personally delivered boxed lunches prepared by the White House chef along with tote bags that had her Be Best initiative’s logo as well as personal protective equipment like reusable face masks and hand sanitizers. She met with the station’s firefighters and emergency medical response personnel, where they discussed the challenges they faced, especially in a time where new cases continue to appear as well as how it affects their respective families.

Melania also made another visit to the DC Metropolitan Police Department Third District that was close by. The police department serves in the U-street corridor area that is known for being ethnically and culturally diverse.

At the end of the visit, the first lady thanked everyone she met for their time and their efforts in battling the pandemic from the front lines. “I appreciated today’s opportunity to give my thanks to some of D.C.’s bravest and finest. The President and I will continue to support our dedicated firefighters, police members, EMS personnel, and other critical first responders who put their lives at risk each day in order to keep our neighborhoods safe,” said Melania.

Previously, the first lady visited the residents and staff of the Mary Elizabeth House to personally deliver boxed lunches and items with her Be Best logo. This was also the first time Melania was seen wearing a face mask in public despite highlighting its importance during the lockdown several months prior. During her public engagements, such as meeting with the veterans of the Korean war during its 70th anniversary back in June, she was not wearing a mask, as was her husband Donald Trump, who has infamously refused to wear a face mask especially in public.