Melania Trump: First Lady shares the meeting that inspired her on Instagram

Melania Trump intimate reveal: FLOTUS likes this part of Donald Trump's body - What is it? 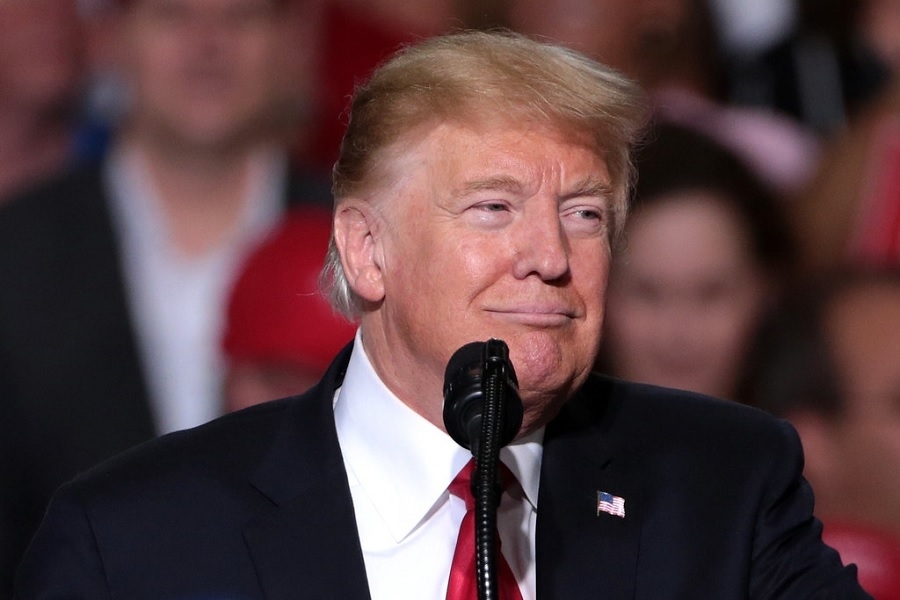 Melania Trump and Donald Trump have been relentlessly hounded by divorce rumors after the latter was elected the President of the United States. They have denied such claims and insisted their marriage is going well, but a recent statement made by the real estate mogul might spark such speculations again.

The campaign for the 2020 presidential race heats up, but the rumors that question the Trumps’ marital status does remain. Recently, divorce speculations were reignited following a rather absurd comment that Trump made about his wife in a Republican fundraising event in late October.

Sources shared with Politico some of Trump’s most notable anecdotes during his speech at the fundraiser. The President reportedly spoke for “roughly an hour” and addressed several Republican politicians in the room without any script and “unfiltered.”

However, the standout comment he made was when he addressed Louisiana representative House Minority Whip Steve Scalise, who was wounded in a 2017 mass shooting. A gunman with a rifle opened fire at the Eugene Simpson Baseball Fields in Alexandria, Virginia, where Scalise was practicing baseball for the upcoming Congressional Baseball Game at the time. Trump reportedly recalled meeting with Scalise’s wife the day he was shot.

“[Scalise’s wife] cried her eyes out when I met her at the hospital that fateful day,” Trump reportedly told the fundraiser attendees. “I mean not many wives would react that way to tragedy, I know mine wouldn't.”

PEOPLE noted that the White House has yet to comment on the statement Trump reportedly made about the First Lady. Whether or not Trump meant it as a joke, implying that Melania would not care as much if he got shot is certainly not strengthening their case against their critics that have been doubting they have a happy marriage.

“I'm a mother and a first lady, and I have much more important things to think about and to do," she tells @ABC. https://t.co/VILtmVBA2E pic.twitter.com/MSLsRksVu8

There have been several claims made that the Trumps are likely getting divorced in the future. But it is important to note that none of these reports have been verified by the couple.