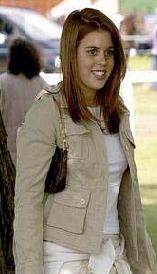 Princess Beatrice and Edoardo Mapell Mozzi could save up on the cost of their wedding reception venue.

According to Daily Mail, Queen Elizabeth has offered Buckingham Palace to her granddaughter and future grandson-in-law as the venue of their wedding. This means that Princess Beatrice’s wedding will most likely take place in London and not in Mozzi’s hometown of Italy.

“Bea was delighted and very grateful to accept. It was a really special gesture as it will be the first wedding celebration at Buckingham Palace since William and Catherine's [wedding] in 2011,” a source said.

The recent update regarding the royal wedding came in the heels of rumors that Princess Beatrice’s nuptials has been canceled, if not postponed. Since the royal family is currently facing a slew of crises, a happy celebration doesn’t seem to be timely.

Weeks ago, it was also announced that Princess Beatrice’s wedding won’t be televised by BBC and ITV. Two years ago, Princess Eugenie and Jack Brooksbank’s nuptials were televised by ITV.

According to The Independent, the reason behind the networks’ decision may have to do with the ongoing royal family crises. Princess Beatrice’s father, Prince Andrew, was recently accused of sexually abusing underage girls. As such, the association might not be helpful to the networks.

Meanwhile, Princess Beatrice and Princess Eugenie’s roles as non-working royals may be upgraded. Following Prince Andrew’s departure from the royal family, as well as Prince Harry and Meghan Markle’s bombshell exit, experts are convinced that the royal siblings may step in.

While speaking with Hello! magazine, royal historian Robert Lacey said that Princess Beatrice and Princess Eugenie might be brought forward into the limelight if they would agree to take on more responsibilities on behalf of Queen Elizabeth.

Unfortunately, Express readers don’t think that the sisters should become senior royals. The result of a recent poll revealed that 29 percent of respondents don’t want Princess Beatrice and Princess Eugenie to be working members of the royal family. On the contrary, 26 percent want them to become senior royals.