The termination of social distancing policies caused many consumers to feel uncomfortable showing their faces. 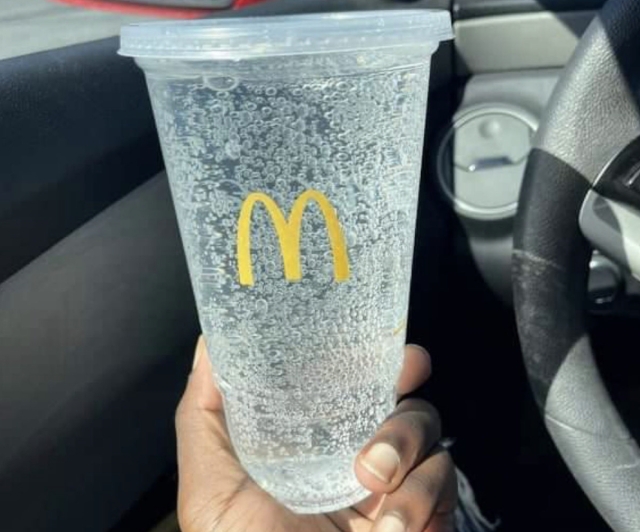 Customers describe the taste of Sprite in McDonald's like the sound of a zipper closing a jacket, a dog growling, or TV static.

McDonald's is offering a free Sprite on June 21 to customers who spend at least $1 on their app with the hope that they will describe on social media what they believe the taste of Sprite sounds like.

To make participating in this social media phenomenon even easier, on the first day of summer, June 21, McDonald's is giving away a free any-size Sprite

The bizarre promotion is based on the belief that McDonald's fountain soda tastes so good that you can hear what it tastes like,

Over the years, many thought sodas taste better at McDonald's.

McDonald's itself has even posted an explanation to the query, saying they follow a series of quality control steps like pre-chilling the syrup and filtering the water.

According to the fast-food chain, they've seen thousands of memes and posts about how Sprite from McDonald's just 'hits different.'

Among the posts were that Sprite in McDonald’s tastes like the sound of a zipper closing a jacket, a dog growling, or TV static.