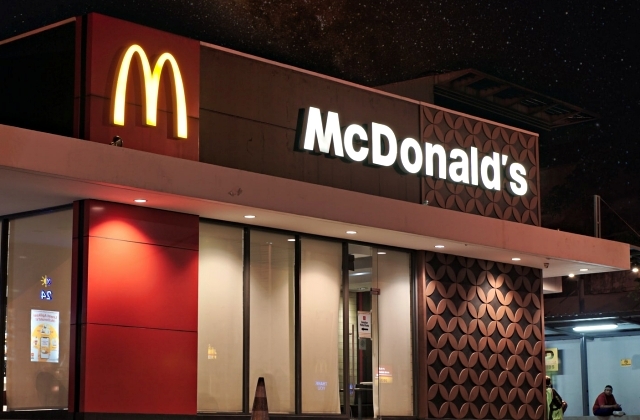 McDonald's finally confirmed the existence of exercise bikes in its restaurants in China. It turned out that the fast-food chain has been testing out the said equipment and these are currently installed in two outlet stores.

According to Fox35 Orlando, McDonald's told FOX Television that it has indeed rolled out the bikes and they are actually called the "The Green Charging Bike." These can be found in two McDonald's stores in China.

One of the locations is in Jiayang Wanda in Guangdong Province and the other is in the New Hualian restaurant in Shanghai. McDonald's initially rolled it out in Guangdong in September and the second location followed shortly.

The Chinese unit of McDonald's said that it has installed the bikes for its "green efforts." The company shared the bikes were designed to inspire customers to be environmentally friendly and make them a habit in their daily lives.

McDonald's wants to inspire more green behaviors while diners enjoy their food in its restaurants. While the equipment is very similar to the stationary bikes in the gym, it was learned that its purpose is actually to generate electricity as customers push on the pedals as they "ride" the bikes while eating.

The generated electricity is for charging electronic devices such as smartphones. The fast-food giant further said it was launched as part of the country's "Upcycle for Good" project which is a local program focused on making products using plastic from recycled materials.

There is a plan to expand the program, which means McDonald's may also install bikes in more stores in the region. However, the company will decide whether to do this or not after gathering feedback from customers and reviews are favorable.

Meanwhile, the McDonald's "exercise bike" was confirmed after it went viral on social media. Early this week, a TikTok video showing a woman eating her burger at McDonald's while on the stationary bike gained a lot of attention.

The public initially assumed that the bikes were installed to help customers burn calories while they eat their food. Some people also suggested the McDonald's store on the video is located in Singapore but now it was all clarified that it was taken in Shanghai, the bikes really exist and they are designed for generating power.