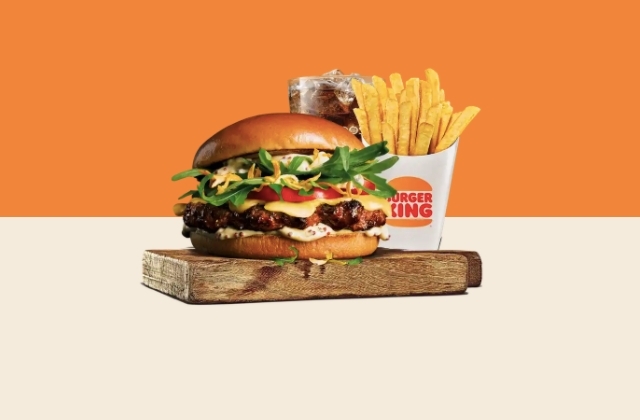 According to IOL News, Burger King South Africa’s new gourmet burgers are made with 100% South African beef. There are no fillers and the restaurant complies with international standards and certifications for its patties and other food products.

It was added that the processing facility of Burger King South Africa is also recognized by the Global Food Safety Initiative. The recognition is given to make sure that world-class health and safety standards are implemented and strictly observed.

The BBQ Pepper Jack and Mustard Cheese burgers offered in Burger King SA were described as gourmet sandwiches that are on a whole new level. The visuals of the burgers are not just very pleasing to the eyes but their tastes are also match their delectable looks.

The new BBQ Pepper Jack at Burger King SA is prepared with flame-grilled beef patty weighing 150 grams. The sandwich is also loaded with flaming jalapenos, two slices of spicy pepper jack cheese, fresh rocket leaves, tomato, and dressed in BBQ sauce. All the ingredients are stacked inside a brioche bun and the gourmet burger is created.

As posted on Burger King SA’s website, the new Mustard Cheese burger is also made with the flame-grilled 150-gram beef patty. Melty mature cheddar cheese is added on top of the patty then layered with crispy onions, fresh tomato, rocket leaves, and drizzled with BK’s special creamy wholegrain mustard mayonnaise. Similar to BBQ Pepper Jack, this is also sandwiched in a brioche bun.

Customers can buy the new Mustard Cheese and BBQ Pepper Jack Gourmet burgers at Burger King South Africa outlets for 95 rand and 75 rand, respectively, for medium meal option. These burgers are also available with bacon and these variants cost 90 rand and 110 rand for medium meal orders. Finally, it was not mentioned if these are only available for a limited time or these new items are permanent additions to Burger King SA’s menu list.