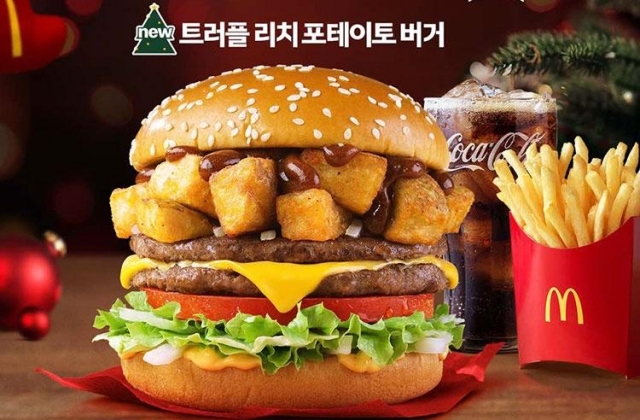 Based on the reports, McDonald’s added this to the menu list in its stores in South Korea for Christmas this year. Thus, the Truffle Rich Potato Burger is now part of the fast-food chain’s seasonal burger collection.

McDonald’s South Korea is also offering the new burger flavor in another version, and this is called the Truffle Rich Potato Mushroom Burger. As suggested by its name, this variant has mushrooms which is the only difference from the original.

As said earlier, the Truffle Rich Potato Mushroom Burger is similar, so it also has the same ingredients but sauteed mushrooms are also added in between the layers of delicious sauce and veggies. Both burgers are available for purchase a la carte or as part of a meal.

Haps Korea reported that McDonald’s South Korea’s Truffle Rich Potato Burger and Truffle Rich Potato Mushroom Burger are offered in the restaurant outlets across the country from 10:30 a.m. to 4 a.m. They cost ₩7,200 for ala carte and ₩8,800 for combo meals.

It was mentioned that the fast-food chain is also offering discounts for these new burgers as part of its McLunch service. It should be noted that these new food items will only be in McDonald’s stores in South Korea for a limited time but it was not posted until when it is available.