McDonald's Japan: Large-size fries are back on the menu 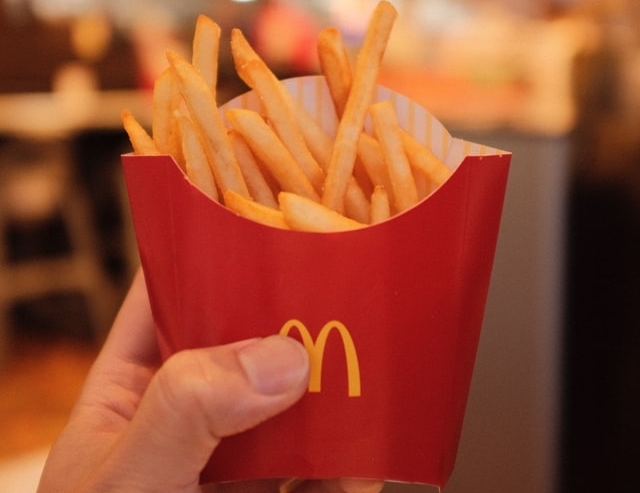 McDonald's Japan recently ran out of french fries that it was forced to sell just small fries in its restaurant outlets. There was a potato shortage that caused the fast-food chain to suspend sales of the popular side.

There were no medium or large-size french fries at McDonald's Japan for days and today, it was reported that the bigger sizes of fries are finally back after a week. According to Kyodo News, the fast-food will bein selling the fries starting 10:30 a.m. on Friday, Dec. 31.

Last Friday, McDonald's Japan's 2,900 stores were only able to sell small fries with their orders. At that time, the company cited disruptions with the potato import from North America because of floodings near the Vancouver port as the cause of the fries shortage. In addition, there was also the logistics disruption worldwide due to the COVID-19 pandemic.

"The suspension caused a great deal of trouble to our customers," McDonald's Japan said in a statement. "We will continue to cooperate with importers and suppliers to ensure stable procurement."

Meanwhile, potatoes were transported to Japan through air to help solve the french fries shortage in the Japanese unit of McDonald's. Bloomberg reported that at least three Boeing 747's brought loads of potatoes to the country and these planes were contracted.

It was Flexport Inc., an American freight forwarder, that helped fly the potatoes through the three planes. "Flexport just contracted to fly three 747 loads of potatoes to Japan to help with the French fry shortage," Ryan Petersen, the freight company's chief executive officer, stated via social media.

With the deliveries, McDonald's Japan said it is expecting the fries shortage to be solved by New Year's Eve. The spokesperson of McDonald's unit in Japan also confirmed to Bloomberg via phone that it will be resuming the sale of medium and large size fries on Dec. 31st.

Meanwhile, the supply shortage in fast-food chains is not just experienced in Japan but in other parts of the world as well. There were cream cheese shortages, chicken shortages, and more. All of these were caused by the global supply chain disruptions due to the pandemic and natural calamities.