‘Mass Effect’: Amazon Studios is reportedly close to getting a deal to produce a TV series adaptation 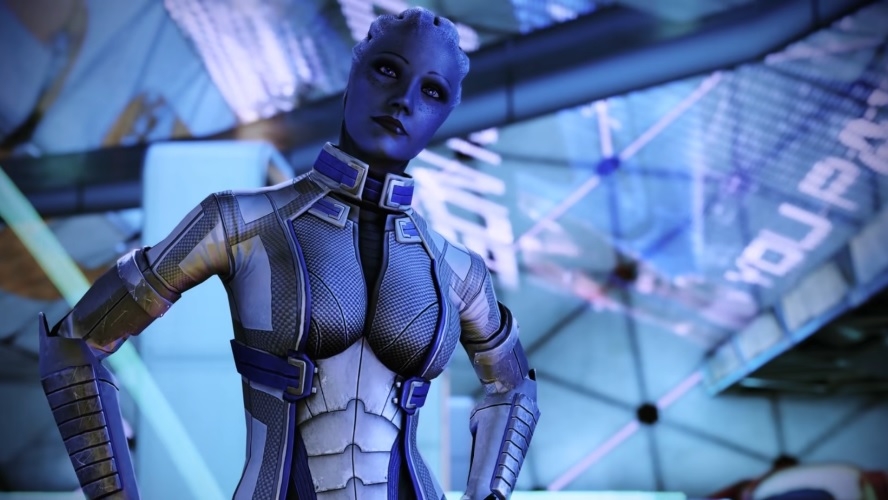 Video game fans can expect to see more famous video game IPs get TV series adaptations in the future. For one, Amazon Studios is reportedly close to getting a deal with EA to produce its take on the sci-fi series "Mass Effect."

The premiere of the TV series adaptation of the high fantasy novel "The Wheel of Time" is one of the latest successes for Amazon's entertainment business. And Amazon Studios head Jennifer Salke told Deadline that the company is planning on "continuing to invest in fantasy genre of all kinds."

The same report noted that Amazon is "nearing a deal" with EA to develop the "Mass Effect" TV series. There are no specific details yet about the potential project. It is also still unknown if the production company plans on adapting the story from the original trilogy or if Amazon will introduce a fresh take on the video game's sci-fi narrative.

"Mass Effect" debuted with its first game in 2007 and has mainly featured single-player action RPG mechanics throughout the franchise. But it was also widely popular for its sci-fi plot set in a fictional galaxy inspired by the Milky Way with events happening in the latter part of the 22nd century.

The rumored TV series adaptation will not be the first time "Mass Effect" will be released in a different form of entertainment. "Mass Effect: Revelation" was the franchise's first novel and was actually released months ahead of the first game in 2007. Its story served as a prequel to the video game's plot. Three more novels were released from 2007 through 2012, along with more than 10 comic books from 2010 to 2017.

BioWare is confirmed to be developing the next main series installment for the "Mass Effect" video game. But details about its plot, gameplay, and release window are still under wraps.

Also, this would not be the first Amazon Studios project to be based on a popular video game. Last year, Amazon announced it is creating a TV series based on Bethesda's post-apocalyptic series "Fallout." While the TV show is already in development, fans are still waiting for more information. Amazon and Bethesda have, so far, only confirmed that "Westworld" creators Jonathan Nolan and Lisa Joy are attached to the production.

Before the "Mass Effect" and "Fallout" TV adaptations from Amazon Studios, video games are going to see first the HBO series based on Naughty Dog's "The Last of Us." Unlike most video game adaptations for TV and the big screen, one of the game's original creators, Neil Druckmann, was involved in the writing of Ellie and Joel's 10-episode story for TV, along with "Chernobyl" creator Craig Mazin. Druckmann was also one of the directors for the show's first season, which is expected to premiere sometime in 2022.