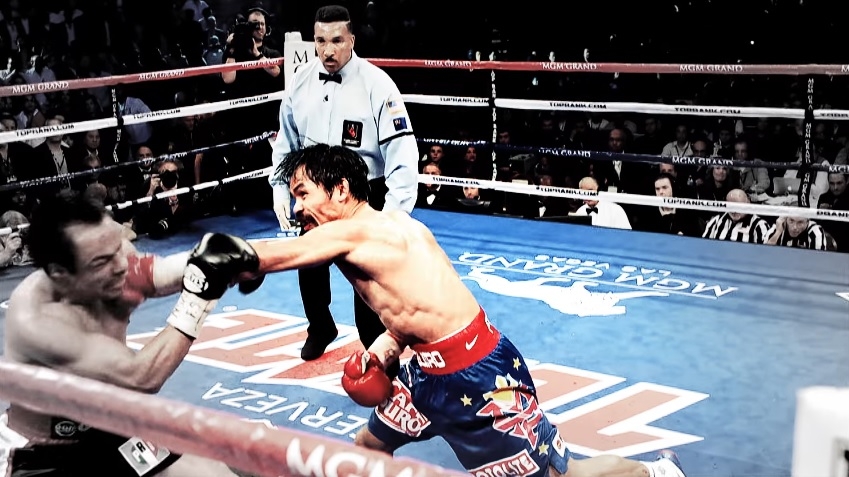 Manny “Pac Man” Pacquiao has yet to decide on his next opponent, but Mikey Garcia’s name has been attached almost constantly to the Filipino boxer’s much-awaited return to the ring. Garcia has also been vocal about wanting to face Pacquiao to the point that he now has deduced a strategy on how he would tackle the welterweight veteran in the ring.

Manny Pacquiao next opponent: How Mikey Garcia would tackle the Filipino boxer

It is not surprising that many boxing stars in the welterweight division are hoping to fight Pacquiao before he retires. He is the only eight-division champion in the history of the sport, and, in his 40s, he is coming off two consecutive wins from 2019 against two strong and younger opponents Adrien Broner and Keith Thurman.

It is now more apparent that Garcia seriously wants to fight Pacquiao and has even started to formulate a strategy. The 32-year-old boxer plans to lift some tactics off of Juan Manuel Marquez’s playbook, specifically his counter-punch approach, to defeat Pac Man.

Discussing his potential fight with Pacquiao on the Sports Illustrated boxing podcast with Chris Mannix, Garcia noted that the Filipino boxer fights aggressively, he has the experience, and he is a strong opponent. “But I look at it as an opportunity for me to fight very smart and try to counter-punch, very similar to the way Marquez fought Manny,” Garcia added.

The Pacquiao-Marquez rivalry was one of the highlights of both boxers’ careers. It was composed of four matches that started in a 2004 fight, which ended in a draw though Marquez entered the match as a defending champion. The first rematch took place about four years later, where Pacquiao won in a split decision, he also won the third fight in a majority decision. But Marquez won big in their fourth and final meeting in 2012 dubbed as the “Fight of the Decade” after winning via knockout in the just before the bell rang in round 6.

Considering those turnouts, Garcia argued that Marquez could be viewed as the ultimate winner in that matchup. “I think it’ll be very similar in that way, where I can use my intelligence, my counter-punching abilities, and timing to try and beat and overcome that aggressiveness and power that Manny possesses,” Garcia said.

Earlier this year, Pacquiao’s team confirmed they are eyeing a July main event that could take place in Saudi Arabia. However, it is yet to be seen if the COVID-19 global pandemic would affect the said timeline.