Manny Pacquiao vs. Floyd Mayweather Jr, Is it Happening?; Next Possible Opponents Named in Twitter Poll 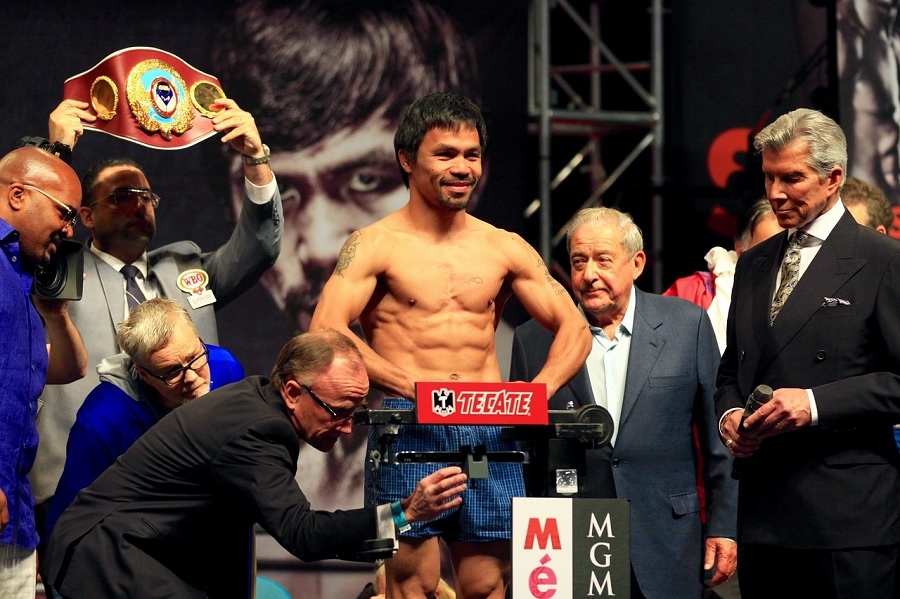 Manny Pacquiao is 40 years old and an incumbent Senator of the Philippines but retiring from his boxing career is not on his immediate plans. He recently sought fans’ advice on whom he should be fighting next. Unsurprisingly, Floyd Mayweather Jr. is still on top of most boxing fans' list.

Pacquiao recently opened a Twitter poll for his more than 2.5 million followers with the simple question, “Who should I fight next?” He listed four names including Mayweather, Keith Thurman, Danny Garcia, and Shawn Porter.

The poll ended and garnered 80,448 votes. As expected, a commanding majority, 73 percent or more than 58,700, want Pacquiao and Mayweather to fight for a rematch. However, there is nothing concrete about this possible match card at this point. But the Philippine champ has been telling the media how much he wants this rematch to happen. So the ball is now on Mayweather to make this a reality.

The almost nine-year politician defended his welterweight title against Adrien Broner last January. Manny Pacquiao’s performance from the said match renewed hopes among sports analysts for a rematch with Mayweather. Pacquiao expressed his desire to face the American boxer right after defeating Broner saying, “Tell (Floyd) to come back to the ring and then we will fight. I’m willing to fight him again, to fight Floyd Mayweather.”

Unfortunately for fans, Pacquiao’s challenge in January did not receive a positive response from Mayweather’s camp. Mayweather Promotions CEO Leonard Ellerbe said, “He’s retired, he has no interest in doing that. It’s not always about the money, believe it or not. What more can the man do?

Who should I fight next?

Meanwhile, if the request from thousands (possibly millions) of fans for a Manny Pacquiao vs. Floyd Mayweather Jr. rematch will not be happening soon, the poll might also be telling something. The second highest vote in the same Twitter poll, 13 percent or more than 10,400 votes, went to Keith Thurman (29-0, 22 KOs, 1 NC). The 30-year-old Florida native is regarded as currently one of the strongest fighters in the welterweight division.