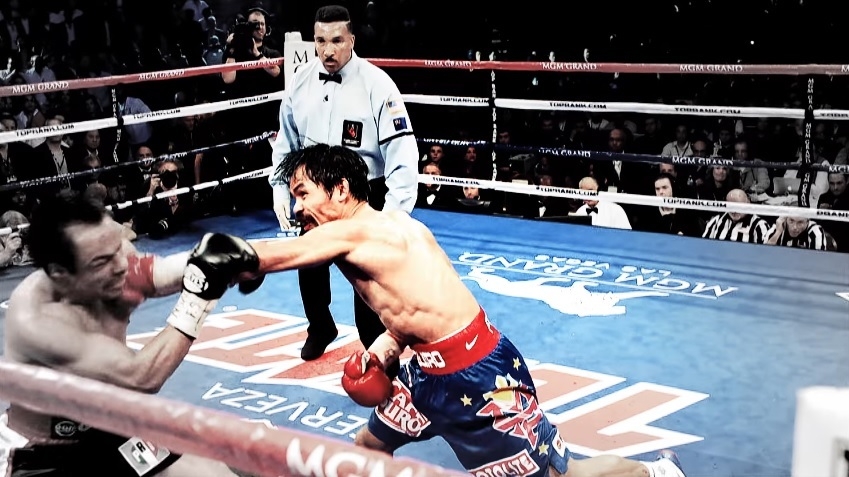 Boxing matches have been reinstated in different parts of the world for some time now since COVID-19 was declared a global pandemic. However, events as big as a Manny Pacquiao match have yet to be scheduled and fans better be ready for yet another delay.

Manny Pacquiao: Is he still going back to the ring?

Pacquiao does not exactly have a flexible schedule like other big names in boxing because the sport is not the only thing he is doing in life. He is also an elected senator in the Philippines and a founder of a nationwide of a semi-professional basketball league in his country. With COVID-19 in the mix of factors to consider, it might be best for fans to consider the possibility of delay in Pacquiao’s next fight.

MP Promotions president Sean Gibbons reminded fans about this when he spoke during the Philippine Sportswriters’ Association Forum earlier this week. Citing Pacquiao’s annual schedule as a senator, Gibbons pointed out that he is usually available to fight in January or July. In 2019, Pacquiao faced Adrien Broner in January and Keith Thurman in July. He won both matches and took the WBA (Super) Welterweight title from the latter.

Following Gibbons’ statement floats the possibility for boxing fans to wait until early 2021 to see Pacquiao back in action. But that is just one of the likely scenarios and Gibbons is not ruling out another possibility, which is seeing Pacquiao returning to the ring before 2020 ends.

In weighing out the chances of Pacquiao’s next match happening in 2020, Gibbons also pointed out that the COVID-19 situations in the United States and Saudi Arabia will have to improve. He added that Pacquiao has had offers to fight in these countries. “Now, if somehow, Saudi Arabia, who has shown great interest in the senator fighting there before COVID-19 hit, if they were to come around, that would be good for the Senator because he wouldn’t really have to miss that much time like he does, having to come to the US,” Gibbons said.

The longer Pacquiao’s next match is not set, the longer the guessing game is for his next opponent. However, Gibbons' recent social media post may also be hinting at the most likely opponent for Pac Man. Earlier this week, Gibbson posted a photo of him with Thurman and Garcia with the caption, “One Down One to Go!”

Given that Thurman was Pacquiao’s latest opponent, and Garcia is one of the names being mentioned to go up against the Filipino boxer the hidden message (if there is) seems to easy to decipher. It should also be noted that Pacquiao himself previously mentioned Garcia as one of his two most likely opponents in his next match, the other one being the unified welterweight champion Errol Spence Jr.