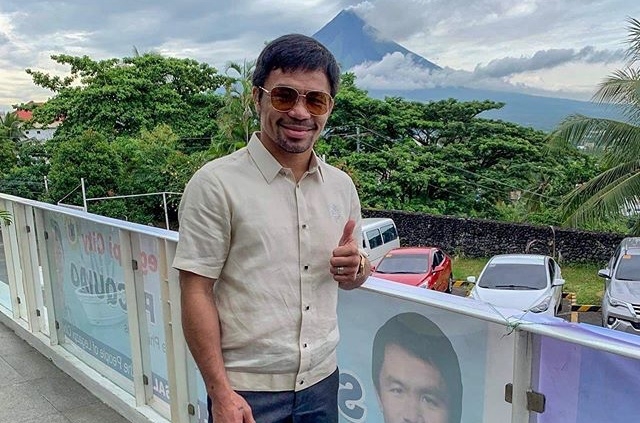 Manny Pacquiao is not retiring for sure when his camp admitted that they are preparing for his next fight. At the moment, they are starting to talk about his early 2020 game and they are dropping names for his potential opponent.

While the rumor about his rematch with Floyd Mayweather surfaced last month and it heightened when the undefeated American boxer uploaded a clip where he says he will fly to Saudi Arabia to talk about possible face-off with Pacquaio, it appears that this will not be Pacman’s next fight. This is because there is no concrete plan about it yet.

The Pacquiao-Mayweather fight is not in the cards and this was clarified by Mayweather himself when he seems to have changed his mind or just playing around with Pacquiao to gain attention. “There is a video circulating that I made 8 months ago about a “MAYWEATHER - PACQUIAO” REMATCH,” Mayweather wrote. “I got paid $2,200,000 to make the video. The truth is, the fight will never happen again.”

South China Morning Post reported that it is possible that Manny Pacquiao will be facing former four-division world champion, Mikey Garcia. He is said to be waiting for the real offer and his camp will surely agree on it. His current record is 39-1-0, 30 KOs and really hoping to get the chance to face Pacman.

“It’s been, not an actual offer presented but they brought it up again, it’s always been in the talks, a possibility,” Garcia said on his potential fight with Pacquiao. “I said yeah we would definitely love to look at that more but it hasn’t come to fruition yet.”

Of course, he is not the only one that Manny Pacquaio’s camp is considering as a handful of boxers also expressed their desire to be the Filipino boxing champ’s next bout. World Boxing News reported that two-time world title-holder Shawn ‘Showtime’ Porter also expressed big interest in fighting the greatest boxer of the Philippines.

Porter will be facing Errol Spence on Sept. 28 and after this battle, Porter wants to take Manny Pacquiao next. Porter’s WBC belt is going up against the Spence’s IBF belt.

“The fight I’d love most after Spence would be Manny Pacquiao,” Porter told the publication. “He was brilliant in his last fight against Keith Thurman. He’s a name I’d love on my record.”