Manny Pacquiao: Bob Arum dropped a clue on boxing champ's next opponent; Filipinos reveal who they want to see with Pacman in the ring 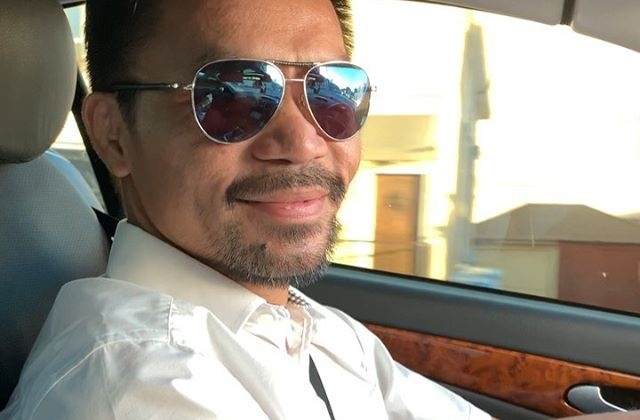 Manny Pacquiao’s MP Promotions already revealed not long ago that they are hoping the Filipino boxing champ could fight once more before this year ends. A number of possible opponents have also expressed their wish to face Pacman in the ring.

Although the COVID-19 situation is still far from being over, promoters are saying that a fight may still be possible. With that said, they are somehow preparing for a game and people have also started to match up Manny Pacquaio with other great fighters out there.

Initially, Bob Arum was pushing for the Manny Pacquiao and Terence Crawford fight. As per ESPN, the Top Rank CEO stated that he wants to organize their bout but admitted that they have not talked with MP Promotions about this yet.

Now, in a new update, Arum said that Crawford has found another opponent and it is Kelly Brook. Lance Pugmire of The Athletic publication then revealed that Arum said Manny Pacquaio is the other option for Crawford’s next fight.

“Bob Arum told me tonight that @terencecrawford will either fight @MannyPacquiao or @SpecialKBrook in November,” Pugmire tweeted. “No mention of Patrick Teixeira so that means, as many long suspected, the opponent is Brook.”

On the other hand, Manila Standard reported that for the Filipinos, they want Manny Pacquaio to fight Conor McGregor instead. It was said that Pacman’s fellowmen would like the Ultimate Fighting Championship star to be in the ring with Manny before he retires from boxing.

This information was disclosed by Jayke Joson, Pacquiao’s special assistant. He said that in a survey that was recently conducted, nine out of 10 Filipinos want Manny to finish his boxing career on a high note by facing the 32-year-old Conor McGregor in the ring.

“I have talked to nine out of 10 Filipinos and they really like UFC star Conor McGregor as the senator’s last opponent before he leaves professional boxing for good,” Joson told the publication. “I think we will know about Sen. Pacquiao’s plans in boxing as soon as the COVID-19 virus crisis is over.”