Magic Keyboard compatibility: Apple confirms old model will work with the new 12.9-inch iPad Pro but with one caveat 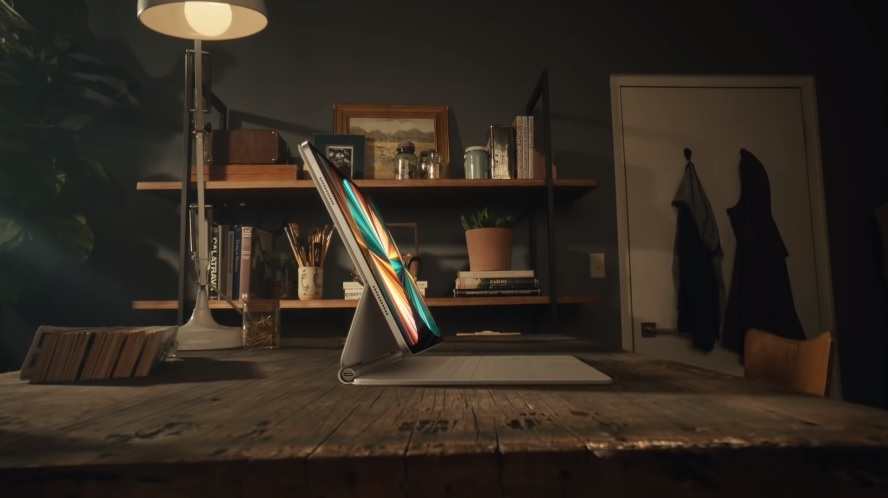 Apple finally issued an official explanation on the compatibility of the first generation of Magic Keyboard with the new series of iPad Pro launching next month. While the older version of the accessory can be used on the new tablet, it is confirmed to not fit perfectly with the upcoming 12.9-inch model.

Don’t throw that old Magic Keyboard yet, here’s why

Part of the new iPad Pro announcement earlier this month was the launch of a new Magic Keyboard that comes in a white colorway. But there was one thing that was not made clear during the spring launch event.

The new iPad Pro 12.9-inch model, generally, has the same form factor as its predecessor. But it is 0.5mm thicker due to the mini-LED backlit Liquid Retina XDR display. Since the old Magic Keyboard for iPad Pro was designed to perfectly fit the tablet, people looking to upgrade their device had been asking if that meant their old Magic Keyboard can no longer be used for the new 12.9-inch tablet.

Luckily, an update to the Apple support page for Magic Keyboard for iPad has been spotted, and it directly answers the lingering questions about compatibility. The short answer is, people looking to buy the new 12.9-inch iPad Pro should not throw away their old Magic Keyboard just yet. The Cupertino, California-based tech giant, confirmed: "The first generation of the Magic Keyboard (A1998) is functionally compatible with the new iPad Pro 12.9-inch (5th generation) with Liquid Retina XDR display.”

There is one caveat, though. As mentioned, the old Magic Keyboard was perfectly designed to fit the iPad Pro, even when closing the device. And since the new tablet is thicker than its predecessor, Apple noted, “It's possible that the Magic Keyboard may not precisely fit when closed, especially when screen protectors are applied.”

This should still be welcome news for iPad Pro fans. Technically, they are not being forced to pay an extra few hundred dollars for an accessory device, which is something noteworthy coming from Apple.

The main change in the new Magic Keyboard is its availability in white color. Aside from that, it still comes with essential features, such as backlit keys, integrated touchpad, and floating mechanism. It also sports its own USB-C port that can be used to charge the iPad Pro, so the port on the tablet can be freed up for other accessories.