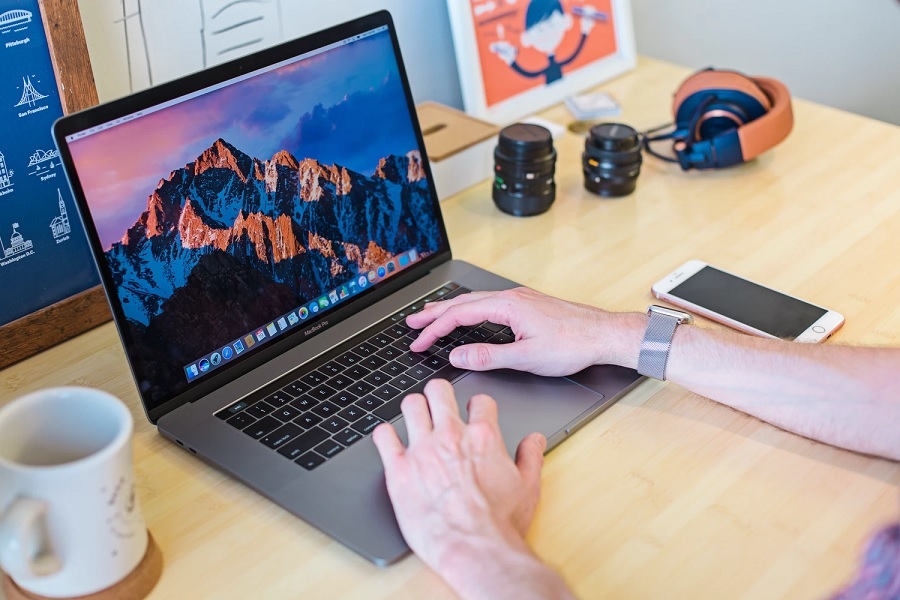 Apple’s plans for the next MacBook Pro models have been in the news recently. While it is nothing out of the ordinary, the early leaks could mean an official launch is happening much sooner than anticipated.

The Cupertino, California-based tech giant has released more information about the next Worldwide Developers Conference, including its official promo image. The teaser features three Memoji characters facing their Mac computers, so the contents on their screens are reflected in their eyes.

One of the characters' eyes show three interesting codes that translate to the spoon and fork, sleeping, and laptop emojis. The last one immediately sparked speculations that it could be a hint at a MacBook Pro announcement at the WWDC.

The reflections in the #WWDC21 graphic are different emoji symbols:

Others have chimed in to explain that these emojis may be simply a joke about developers’ usual “eat, sleep, code” cycle. However, leaker Jon Prosser has also responded saying new MacBook Pro laptops are headed to the WWDC.

i can confirm macbook pro is coming https://t.co/p2Hzh5TVSm

Prosser has had accurate reports on Apple product releases and event dates before. He was also correct about Apple’s spring launch event being moved to April instead of the previously anticipated March schedule. As for this particular tip on the new MacBook Pro models being announced next month, it can be recalled that a report from Bloomberg previously said the laptops could be released as early as summer.

If the laptops were to be unveiled in June, Apple could also set its retail launch at a later date as the company did for the new iPad Pro lineup and the redesigned 24-inch iMac. These devices were announced in April but did not arrive in stores until mid-May. WWDC21 will start with a keynote address on June 7, at 10 a.m. PDT.

MacBook Pro specs: What to expect

The anticipated upgrades in the next MacBook Pro models are quite significant, especially with the rumored M1 chip successor. Apple is reportedly planning to launch a new Apple Silicon that sports a total of 10 cores composed of 8 performance cores and 2 efficiency cores.

Apple has been anticipated to announce a 14-inch and 16-inch MacBook Pro this year. This lines up with the information from the same Bloomberg report that suggested there would be a redesigned form factor for the new MacBook Pro laptops.

Some features are also rumored to return in the next MacBook Pro series. Apple is expected to favor the MagSafe charging port. The HDMI port and SD card slot might also be coming back this year.

Photo by Mia Baker on Unsplash