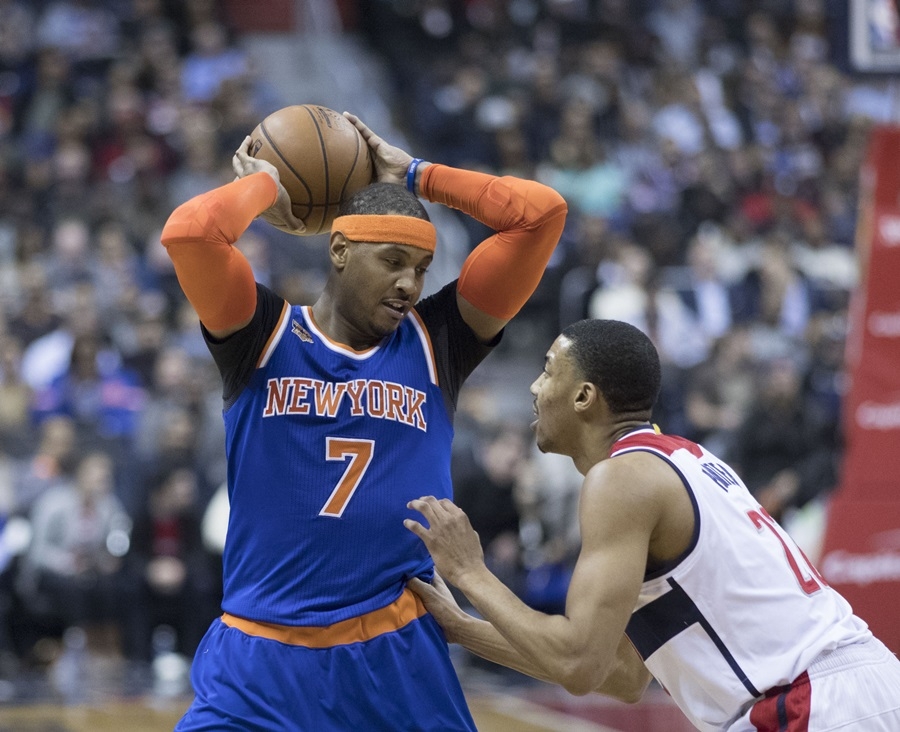 Carmelo Anthony has officially signed with the Houston Rockets, joining James Harden, Chris Paul, Eric Gordon, and the whole supporting roster. It’s still unclear what Carmelo's role is going to be, and even the 34-year old vet is unsure either, Clutch Points reported.

In the past, the 10-time All-Star has already frowned at the idea of coming off the bench for a team. Carmelo Anthony and Patrick Ewing are the only two players who started in each of their first 1,000 games. Now, that streak might be coming to an end.

Another interesting fact is that this will be a reunion for Carmelo Anthony and Houston Rockets coach Mike D’Antoni. While the two had their opposing beliefs when they were in the New York Knicks roster, D’Antoni has said that this time it’s going to be different.

It can be recalled that D’Antoni “quit” his job as head coach of the Knicks because Carmelo Anthony gave the organization an ultimatum to choose between him and his coach. D’Antoni said that all of it is in the past now and what they’re interested in moving forward is how to incorporate Melo into the team.

Carmelo Anthony is set to replace the hole that Trevor Ariza left when he transferred to the Phoenix Suns. While Melo will undoubtedly be more reliable compared to Ariza on the scoring side of things, he will also be a liability on the defensive end.

One of the criticisms that analysts have when it comes to Carmelo Anthony’s play is that he is lackluster when it comes to disrupting the play of the opposing team. And given that there is already enough firepower in the Houston Rockets in the form of Harden, Paul, and Gordon, what the roster currently needs is a great defender.

On this note, it would seem that the best role for Carmelo Anthony is to lead the second unit. However, given that he’s there to fill Ariza’s role, it’s likely he’s going to start for the Rockets. How long that will last is still uncertain since teams usually use the regular season to see what line-up is best suited for the current roster.