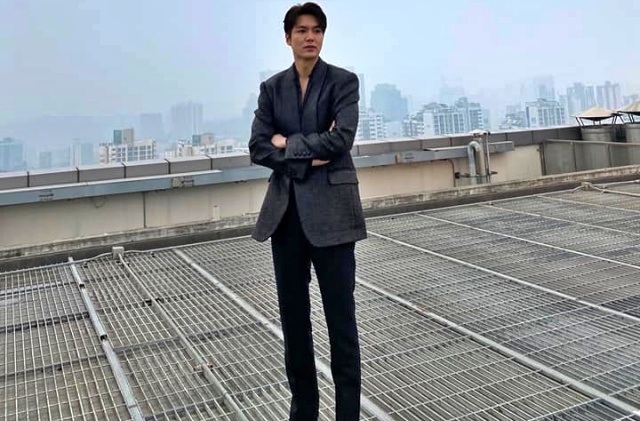 Lee Min Ho will soon be making his big comeback though the fantasy drama called “The King: The Eternal Monarch.” Although the drama is still being filmed, he has been involved with many activities like photoshoots for ads and more.

With his hectic schedule, fans missed him as he also has not been updating his social media as often as before. This is why MINOZ, the actor’s official fan name, is so excited when, on Tuesday, Dec. 10, the 32-year-old actor showed up with new photos of himself on Instagram.

“The Heirs” star posted three pictures, and based on the background; he is standing on top of a building. Aside from his good looks, fans also viewed the great urban landscape, and it can be assumed that these were taken in Seoul.

Lee Min Ho is wearing pants and coat, but it is not certain if he was there for a photoshoot, day out or perhaps, he is filming on location. In any case, this was his first update in weeks; thus it is gaining lots of attention.

As said before, Min Ho is making his comeback through “The King: The Eternal Monarch.” This will be his very first acting gig after returning from the army in April. Firstly it was already confirmed that his leading lady would be “Goblin” actress Kim Go Eun and they will be supported by equally great actors such as Woo Do Hwan, Kim Kyung Nam, Jung Eun Chae, and Lee Jung Jin.

Lee Min Ho’s new drama will feature the parallel theme where people are living in different worlds. In the case of this show, the two worlds will be the past and the present, so there will be characters from the old Korean times and the modern-day world.

Min Ho will be Emperor Lee Gon, and he will try to close the gate that opened in their era, which leads to the present time. He will ask help from detectives from the present time, and Jung Tae Eul (Go Eun) will assist him.

Finally, Lee Min Ho’s “The King: The Eternal Monarch” started filming in October. The release date is expected to be in the first half of 2020.