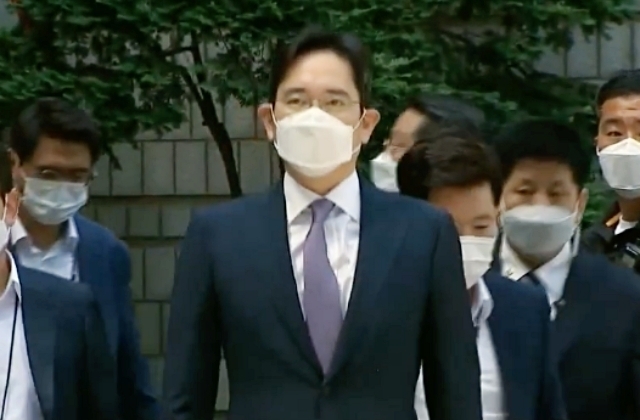 Lee Jae Yong, the imprisoned Samsung heir and company head, may be walking out of prison earlier than his actual time to serve. This is because South Korea’s President Moon Jae In reportedly softened a bit, leaving the door open for the possibility of a pardon.

The calls for the Samsung chief’s freedom

As the calls for Lee Jae Yong to be released from prison as soon as possible grow, President Moon Jae In reportedly left a comment on Monday, May 10, regarding this issue. Heads of various business sectors have appealed for the South Korean leader to pardon the Samsung executive as the problem with global chip shortage is getting worse.

It is not just the automakers that are struggling from the lack of semiconductor supply, but other businesses are starting to get affected as well. It is like a domino effect; thus, the businessmen have written a petition for Lee to be absolved so he can return to work and do something to address the chip shortage.

"Our semiconductor industry is facing new risks and a challenging situation, and if we see a delay in investment and business decisions because of a leader's absence who needs to oversee the company's management amid the fierce competition of the chip industry, the country may lose the No. 1 status in a day," the business leaders wrote in the joint letter they submitted to the Blue House last month.

After receiving the letter, it was initially reported that it might be hard for President Moon Jae In to grant the request of pardoning Lee Jae Yong. Justice Minister Park Beom Kye said last month that they never considered letting the Samsung chief out early, and this is Cheong Wa Dae's same stance.

"Special pardons are not easy to make without the general understanding of the public. I think such a process (to earn public consensus) is currently in progress, but it has not been secured yet," Yonhap News Agency quoted former PM Chung Se Kyun as saying.

However, in the latest report, it was said that President Moon may be considering the pardon now. Although he will surely take the people’s opinions into account, The Korea Times reported that his latest comment seems to suggest that he may approve the petition request.

This was the assumption after he affirmed that the global competition for chips is intensifying and S. Korea needs to improve its competitiveness in the semiconductor industry. Finally, his awareness of the growing problem in the chip supply is said to be enough for him to seriously consider bringing back Lee Jae Yong to his post at Samsung.