Leave the patchwork to the quilts: The case for pharmacare 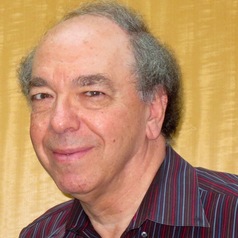 On August 15, 2019, more than 1,200 academics, including me, with expertise in health care signed a letter to the leaders of Canada’s federal political parties. The letter called on them to commit to a national pharmacare plan.

Pharmacare is a simple idea — no one in Canada should be denied access to necessary prescription drugs because of cost. However, despite spending more than $1,000 per person per year on prescription drugs — compared to the average of $700 for all 29 members of the Organization for Economic Co-operation and Development (OECD) —millions of Canadians have trouble getting the drugs they need.

A report prepared last year for the Canadian Federation of Nurses Unions estimated that the lack of access to medicine meant that 70,000 Canadians 55 years and older suffered avoidable deterioration in their health status every year. And as many as 12,000 Canadians 40 and over with cardiovascular disease required overnight hospitalization.

Hundreds of thousands of Canadians go without food, heat and other health-care expenses so that they can afford the drugs they need.

Every country — except Canada — that has a universal program for accessing doctors and hospitals also includes access to prescription drugs.

Here, government covers about 42 per cent of the cost of medicines, private insurance covers another 36 per cent and the rest comes right out of people’s pockets. It wasn’t supposed to be this way.

When Justice Emmett Hall released his iconic 1964 report that paved the way for medicare, he imagined that after universal coverage for doctors, the next step would be prescription drugs. But that next step has still not come.

Over the years, a variety of reports continued to recommend pharmacare: the 1997 National Forum on Health, the Kirby Senate report, the Romanow Commission and most recently the House of Commons Standing Committee on Health.

Finally, in June of this year, the Advisory Council on the Implementation of National Pharmacare, led by Eric Hoskins, former minister of health in Ontario, laid out the broad outlines of how to achieve this goal.

Despite the backing of all of these reports over the years and the hardship caused when people cannot afford their drugs or pay for their drugs by using money for other basic essentials, only the NDP and the Green Party have so far committed to pharmacare.

Not surprisingly, some groups have mobilized against a universal pharmacare plan — notably Innovative Medicines Canada (IMC), the lobby group for multinational drug companies and think tanks like the Fraser Institute.

The arguments they make boil down to a few key points: the system we have works well for most Canadians and we just need to fill in the gaps; pharmacare will lower drug prices and make companies reluctant to introduce new “life-saving” drugs into Canada and to invest in Canada; and a pharmacare plan won’t cover all of the drugs currently covered by private insurance plans and patients will suffer.

None of these arguments hold up. Even people in the medium-to-high income groups who have drug insurance still report not taking their prescribed medications because of cost.

Québec model not the solution

The Québec model is frequently touted as the solution for people who don’t have drug coverage. In that province, all employers who offer health benefits must also offer drug coverage. For everyone else, the government steps in.

Yanick Labrie, a senior fellow of the Fraser Institute, wrote a report advocating the Québec system as one that the rest of Canada should follow. On some measures, such as people not using recommended prescriptions as directed due to cost, Québec does better than other provinces. But given the poor coverage in other provinces, that’s not the right comparison.

The correct comparison is with countries that provide universal coverage, and on that measure, Québec lags behind countries like Australia, Germany, the Netherlands and the United Kingdom.

Similarly, a greater percentage of people in Québec report spending more than $1,000 out-of-pocket on drugs, and total per capita spending on drugs in Québec ($1,087) is substantially higher than the average in the rest of Canada ($912) and countries with universal coverage ($826).

When drug companies threaten not to introduce new drugs into Canada or invest in Canada, they are repeating threats that they’ve been making for almost 50 years. When the NDP government in Manitoba passed a law in 1972 making it mandatory for pharmacists to substitute cheaper generic drugs for those named on prescriptions, the forerunner of IMC said:

“It will remain to be seen how much value would be put on the Manitoba market by research-oriented companies … If they can’t meet the prices they could be forced out of business.”

Even without pharmacare, companies have been cutting how much research they do in Canada since the mid-2000s, when the industry employed 5,890 people in research and development. By 2013, that number had fallen to 3,122.

The threat not to introduce new “life-saving” drugs into Canada is also hollow. Most new drugs are not life-saving or offer even moderate advances over what is already available. According to the Patented Medicine Prices Review Board, a federal agency charged with setting a maximum price for new patented drugs, only 2.2 per cent of all new drugs introduced into Canada between 2010 to 2017 were breakthroughs, another 4.3 per cent were substantial improvements but 72.5 per cent were a slight or no improvement.

Private insurance companies may cover the nearly three-quarters of drugs that make no difference to people’s health, but there is no reason why tax dollars should pay for them.

When my daughter was an undergraduate student at McGill she wrote an essay about pharmacare that she titled: “Leave the patchwork for the quilts: the case for pharmacare.” The letter that the more than 1,200 academics recently wrote was reinforced that argument in the event politicians weren’t listening.