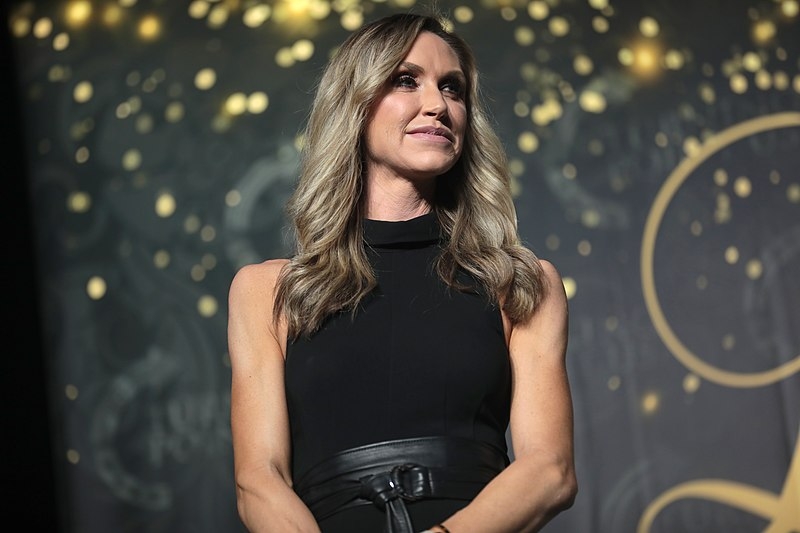 Former President Donald Trump’s daughter-in-law Lara Trump made controversial comments regarding the influx of migrants at the southern border. Ms. Trump’s comments may have led her to commit a federal offense, according to a new report.

Executive director of The Lincoln Project, Fred Wellman, said that Ms. Trump’s comments regarding migrants at the southern border may be a federal offense. Speaking on Fox News with Jeanine Pirro, Ms. Trump said that Americans who live by the southern border that the US shares with Mexico should “take arms” and “take matters into their own hands.” Wellman said that Ms. Trump may have “solicited to commit a crime of violence,” which would earn the offender 20 years in prison.

It was not just Wellman who criticized Ms. Trump’s comments as other public figures have also weighed in. Texas Democratic Congressional Candidate Russell Foster tweeted, “This is dangerous. The former president’s daughter-in-law is calling for people to shoot immigrants. It’s worse after multiple mass shootings over the last few days in Texas & elsewhere. This could lead to an uptick of hate crimes across the country.”

On Fox News, Ms. Trump called for residents of Arizona, Texas, New Mexico, and California to take drastic action against people perceived to be immigrants. “And I don’t know what you tell the people that live at the southern border,” said Ms. Trump. “I guess they better arm up and get guns and be ready -- and maybe they’re going to have to start taking matters into their own hands.”

Previously, Ms. Trump, who is married to the former president’s son Eric Trump, said she will not be running for the Senate in the 2022 elections. This follows speculation that she may have been eyeing the seat that will be vacated by North Carolina Republican Richard Burr, who has previously announced he will be retiring. During the North Carolina Republican Convention, Ms. Trump said that while she is ruling out a 2022 Senate bid, she hinted that she may be open to running for office in the future.

Ms. Trump cited her two young children as her reason for not making a Senate bid at this time.